For two generations PASQUALE BRUNI have created the most exceptional pieces of jewellery for women all over the world and we cannot take our eyes away from their SEGRETI DI LUNAR collection. 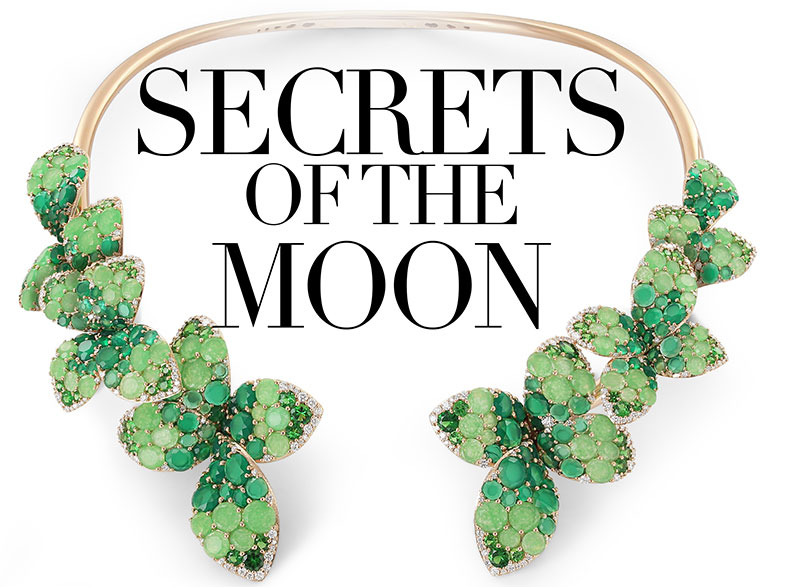 SEGRETI DI LUNAR
Secrets of the Moon at the second when the moon melts into the sea, a unique and divine moment. Selene, the lunar goddess, is a metaphor of fascination and mystery in the midst of gems of the full moon. Secrets guarded in a depth of emotions in the sea of Yemanja who keeps them safely and protects them in an infinite blue. The sophisticated blue of London blue topaz and the splendour in the velvety light of the moonstone meet the precious magic of diamonds like the foam on the waves of a dreaming sea in the leaves in blossom in Secret Gardens. The Secrets of the Moon collection gives woman an aura of vibrant energy and infinite beauty in every movement she makes.

LOOK AT ME
An Oriental dance of diamonds in a sophisticated trail of light. The mysterious movement of a leaf in front of the moon like a free woman before a star-studded sky. It is the greatest female energy; the woman is revealed. A sensuality made of lights, shapes and vital energy of which only she knows the alchemy. From leaf to snake in the total harmony of nature. The collection is the expression of elegant sensuality in the body where bracelets, rings and necklaces are auras in a sequence of trails of fine diamonds in shapes with character and great femininity.

FIGLIA DEI FIORI
Flowers like the essence of the female creative spirit. Shapes which blossom like orbits in an embrace of the moon, the guardian of the female universe. A joyous and carefree appeal, a tribute to female freedom and independence in an embrace of flowers that make us daughters of the force of mother nature. Tones of the sky and of the infinite marry white gold in the gems that fade into the magic of blue, the heat of the hearth is incarnated in rosé gold and in pink romanticism and red passion of its gems. The moonstone as a constant, the call to lunar universes, to the immense space of a celestial love in flower.

JOLÌ
Dreaming flowers reach the moon, stems of diamonds become dancing wings that accompany flowers into the heart of the night. Lunar colours blossom. The sky is indigo blue, the marriage between lapis lazuli and agate, the moon is represented by the embrace of mother-of-pearl with white agate, where woman is revealed in pink chalcedony, the most intimate colour of the moon. Gems that protect the sky, the earth and everything that is woman. The earrings in the Joli collection capture the second when the flower reaches the moon and returns to earth, flashing lights and shapes with joyful and mysterious femininity. Rings and bracelets sinuously embrace the body, capturing the gaze of the world like a bewitching moon. 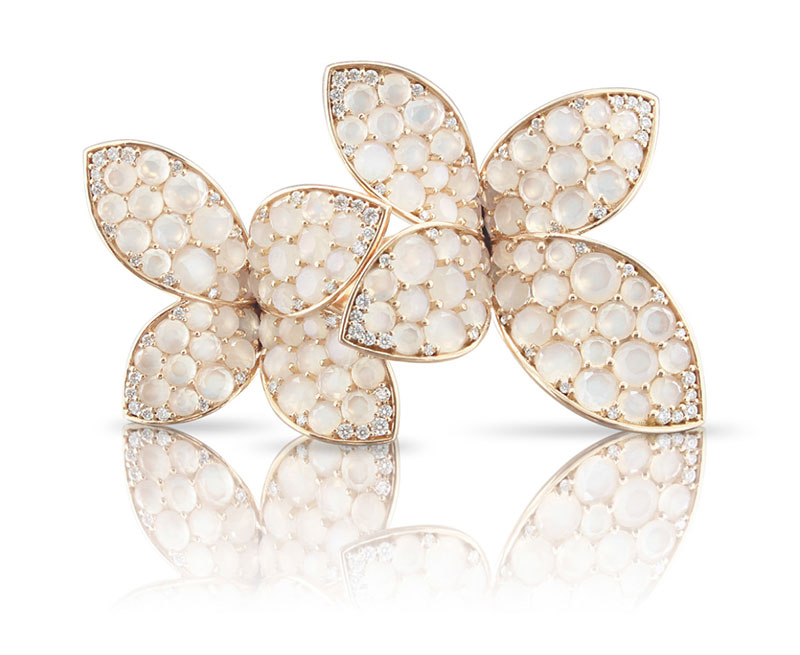 0
Ohlala Team February, 2020
No Comments Yet