MISS OHLALA EXPLORES THE ELEMENTS OF THE PANTONE COLOUR OF 2020 AND ITS ENDURING HUE HIGHLIGHTS.

Raoul Dufy a French Painter described Blue as, “the only colour which maintains its own character in all its tones, it will always stay blue.” The Pantone Colour of 2020, Classic Blue is both evocative, constant, loyal, enduring and a symbol of confidence.

The colour represents so many elements of daily life and iconic images, which both inspire and comfort us. Blue skies represent the best of times and very few of us can deny that waking up to a flawless, cloudless sky changes your mindset completely. 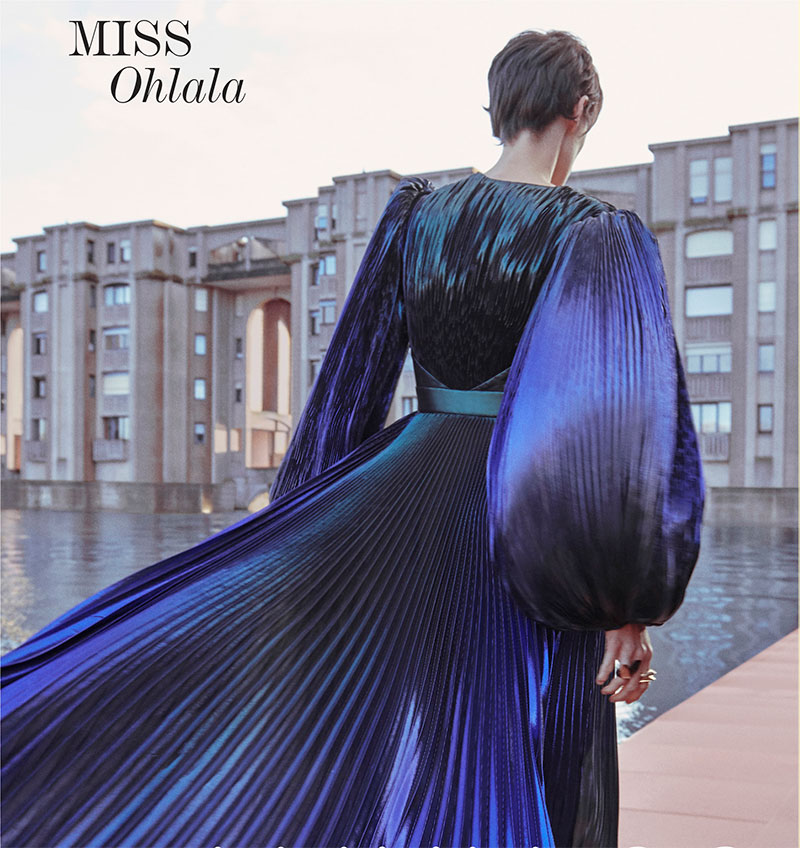 Sparkling blue, crystal clear waters, are alluring and intoxicating. They draw travellers to destinations such as the promenades and bays of The Cote d’Azur, the Halkidiki peninsula, where it’s fingers are caressed by the waters of the Aegean sea or the Costas, which are kissed by the tides of the Mediterranean. I am fairly certain that as you read each of these descriptions the image you conjured was dominated by the colour blue, with no discernible division between sea and sky on the horizon. Despite blue being used in emotional terms to describe something cold or sad, in these terms it represents the epitome of warmth and escapism.

It is undeniably a colour which is not limited by dimensions, as Yves Klein proclaimed, it is beyond the constraints of dimensions and can be used to great effect in every element of design. Despite representing the male form in many cultures, it is a colour which is gender neutral, highlighting the best of the male and female forms equally. It has softer edges than black yet still retains a sense of professionalism and authority and can act as the perfect chaperone for any of the more vivid shades employed by fabricants.

The new year will be dominated by a colour which has a limitless sense of identity. From something as magical as a blue moon, to pure escapism in the blue of Greek tavernas and shuttered chateaus. In the words of Madonna, “True Blue, baby I love you.”

A UNIQUE PLACE ON THE ISLAND