From tapas to paella, Spanish cuisine is one of the reasons to visit Spain. To our delight, there is a new spot in town serving the country’s most sumptuous dishes – we head to Salero to explore its creative, yet, well-rooted menu. 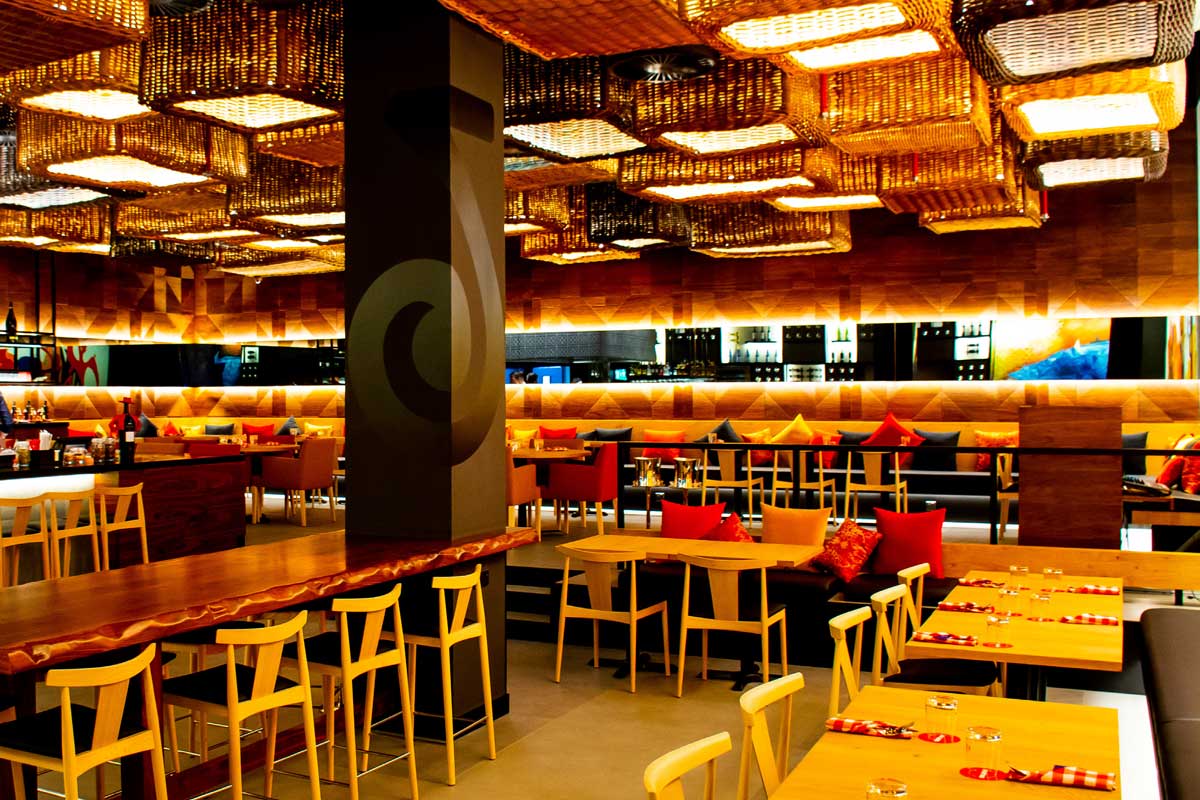 The scent of tradition fills the air from the get-go at Salero, reminding diners that a wonderful alternative to boarding a flight to Spain awaits right here in Bahrain. Sure, nothing tops dining on classic Catalan dishes at a hidden little garden restaurant in Barcelona, but in the absence of any concrete travel plans, this recently opened restaurant is just the ticket.

Located at The Westin City Centre Bahrain in Seef – no, not Adliya for a change – Salero is a culinary jewel that will take you one step closer to Spain through its extensive selection of tapas, authentic Spanish beverages, traditional tunes, and décor accents that add a sense of place. The split-level dining area isn’t particularly spacious, but that’s precisely what makes it so lively and inviting. Brimming with primary colours, this cultural representation of Spain perfectly captures that passion that is so often associated with this Mediterranean country. Prefer to observe how your dishes come together? Ask to be seated by the open kitchen for a front-row view of the action 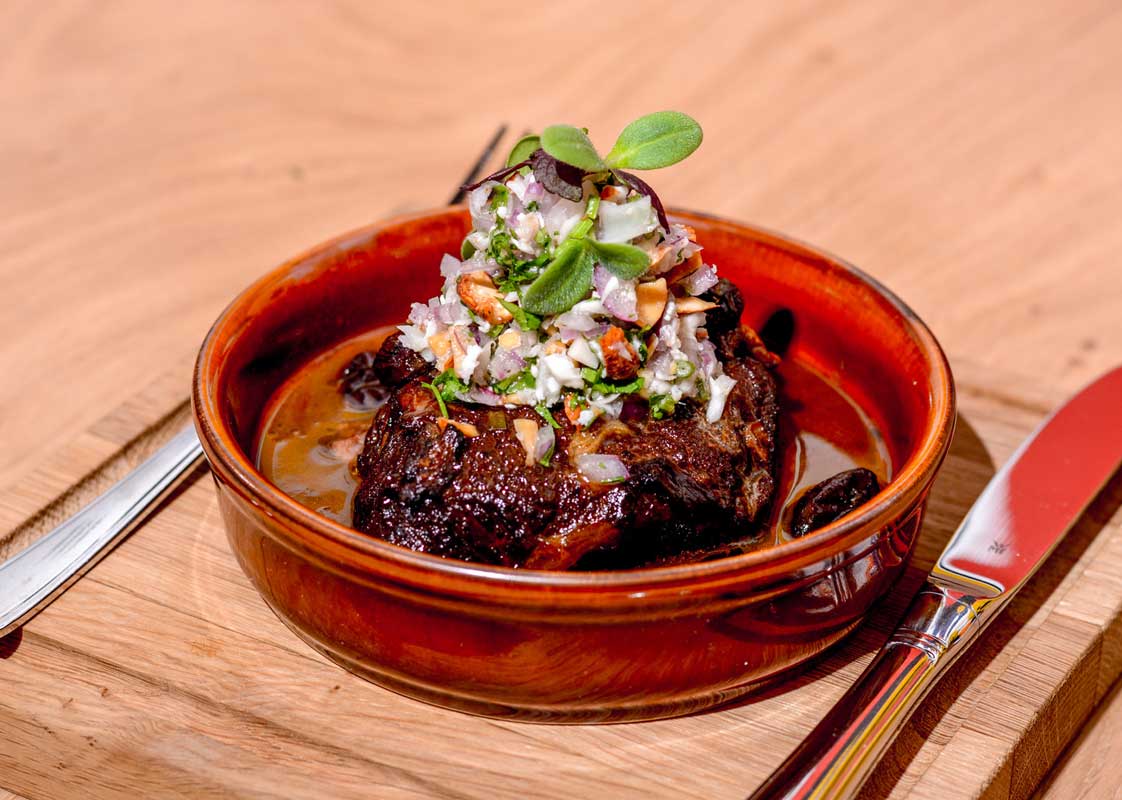 “Salero is a culinary jewel that will take you one step closer to Spain through its extensive selection of tapas, authentic Spanish beverages, traditional tunes, and décor accents that add a sense of place.”

They say “too many cooks spoil the broth”, but this couldn’t be further from the truth at Salero. One of the few places serving the likes of paella and patatas bravas, it is rooted in tradition and authenticity. Chef Jordi Bataller, who hails from Andalusia and delved deep into his mother’s recipes and grandmother’s cooking techniques as a child, spearheaded the menu. And executing his creations is Chef Juan Luis Pérez Moeremans, who also refers to the south of Spain as home. To say Juan has gastronomy in his DNA would be an understatement. Born to a Spanish father and Belgian mother, he spent his childhood in the kitchens of his family’s restaurants, alternating between Marbella and Brussels – and learning plenty along the way. 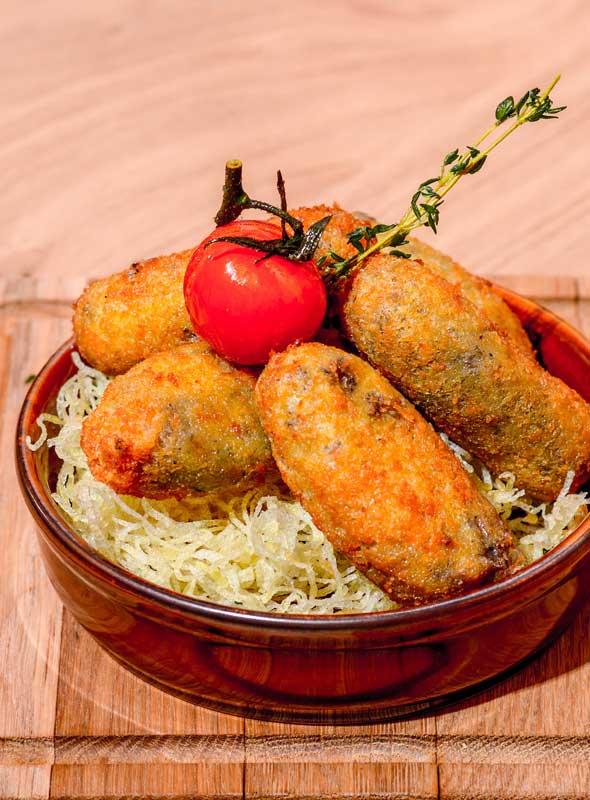 What their collective talents translate to is a menu boasting the likes of Paella de Pollo, Gazpacho Andaluz, Gambas al Ajillo, and Pimientos de Padrón. We took a cue from the Japanese and went down the omakase route, surrendering to Chef Juan and enjoying the element of surprise. Both the Croquetas de Setas y Trufas (or wild mushrooms and truffle croquettes) and Patatas Bravas (cubes of fried potatoes with aioli and chilli sauce) are vegetarian-friendly and a must-try as far as tapas are concerned. The Ensaladilla Rusa Con Atún – Salero’s take on a Russian salad – is a great choice for pescatarians as it pairs house-made preserved tuna with love and premium olive oil. And if you’re a fan of the intense umami flavour of anchovies, the Boquerones en Vinagre, or white anchovies marinated in vinegar, are quite a treat. 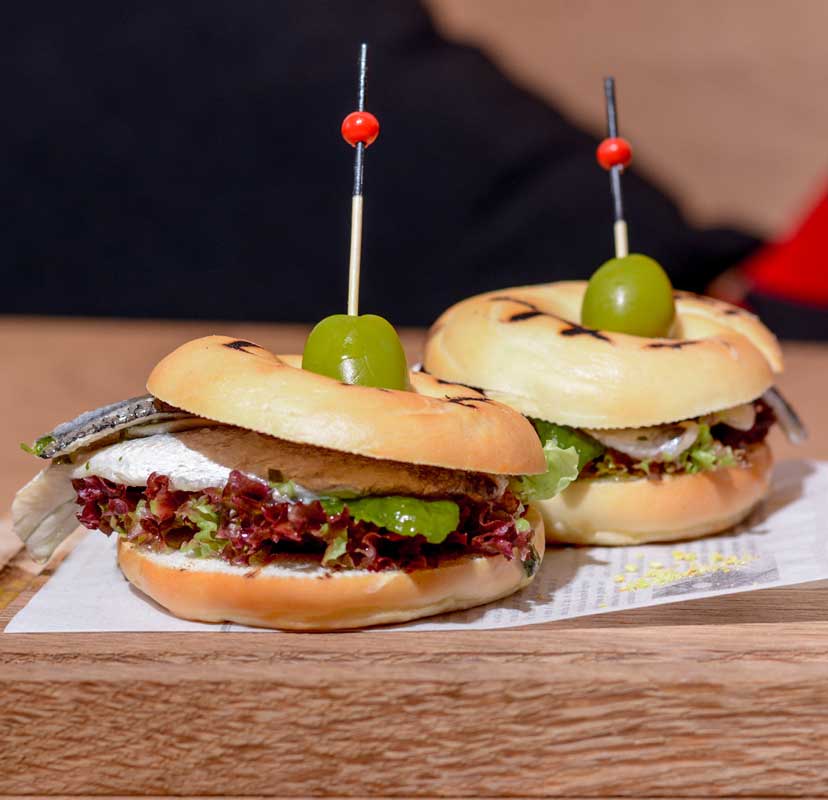 Paella is arguably Spain’s most well-known export and, let’s face it; you can’t really go wrong with this one, regardless of what type you order. Admittedly, a big reason behind our return to Salero is the sizzling Paella de Marisco, or seafood paella, which entails a decadent spread of prawns, cuttlefish, clams, mussels, and more, all tossed in perfectly seasoned bomba rice. Curious to try something a little more unexpected, we also order the tender Carrillada de Ternera. A true delicacy, these beef cheeks are slow-cooked over a whopping 36 hours – and not to be missed. 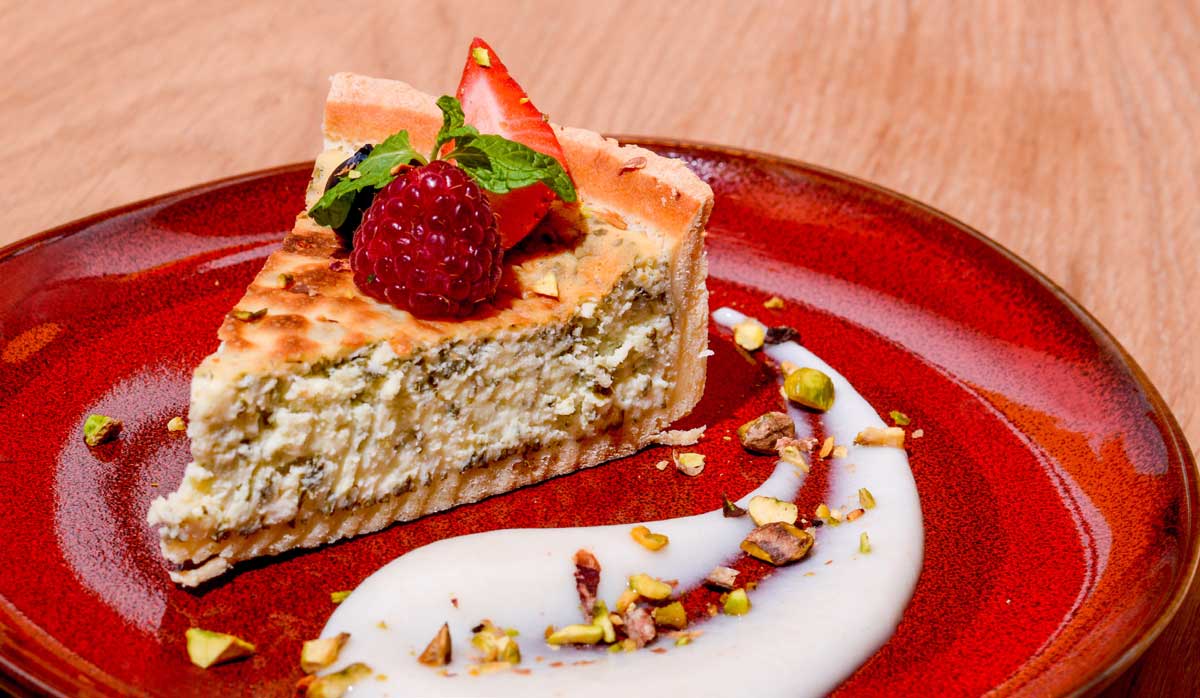 Dessert turns out to be the most educational course yet as Chef Juan shares an anecdote about his childhood in Cádiz. Long before Nutella became a household name, kids across Spain were treated to pan con chocolate, an afternoon snack of chocolate sandwiched between two pieces of buttered bread. Healthy? No. Nostalgia-ridden? Definitely yes. At Salero, you’ll dine on a delicious, elevated version called Pa amb Xocolata. Brioche bread is toasted with a blowtorch then topped with dark chocolate ganache, olive oil, a touch of saffron cream, Ibiza salt flakes, and a sprig of mint – et voilà. An adult take on a childhood favourite. But why stop there? Our second dessert is the Flaó Mallorquín, a minty cheesecake that originated on the island of Mallorca – hence its name. It’s so light that we didn’t even realise it’s made with goat cheese. 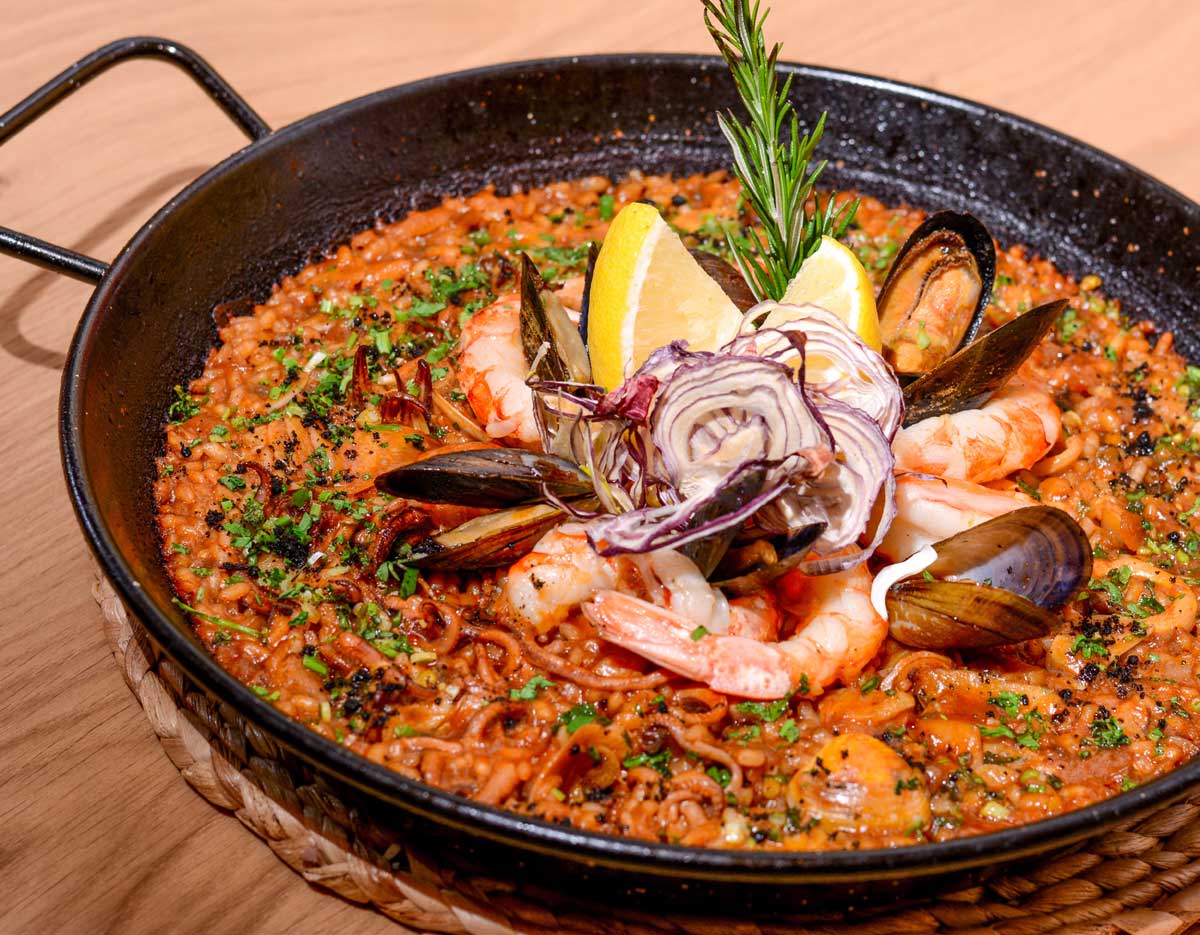 At the time of writing, Salero is gearing up for its formal opening, and there’s a lot to look forward to. Not only do we spot a DJ booth, but we’re also told that flamenco dance performances are on the horizon. Spain is still a place to be visited – but for now, we are more than grateful for Salero’s arrival. Bienvenido a Bahrain!

0
Ohlala Team February, 2021
No Comments Yet