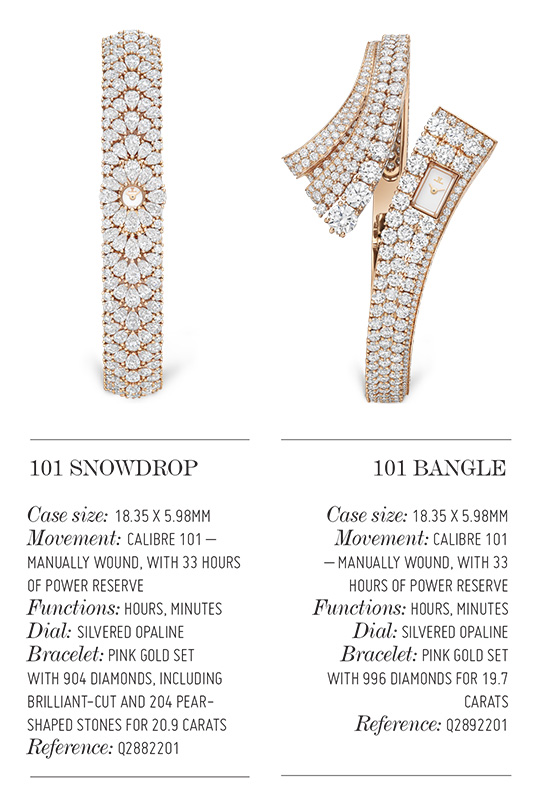 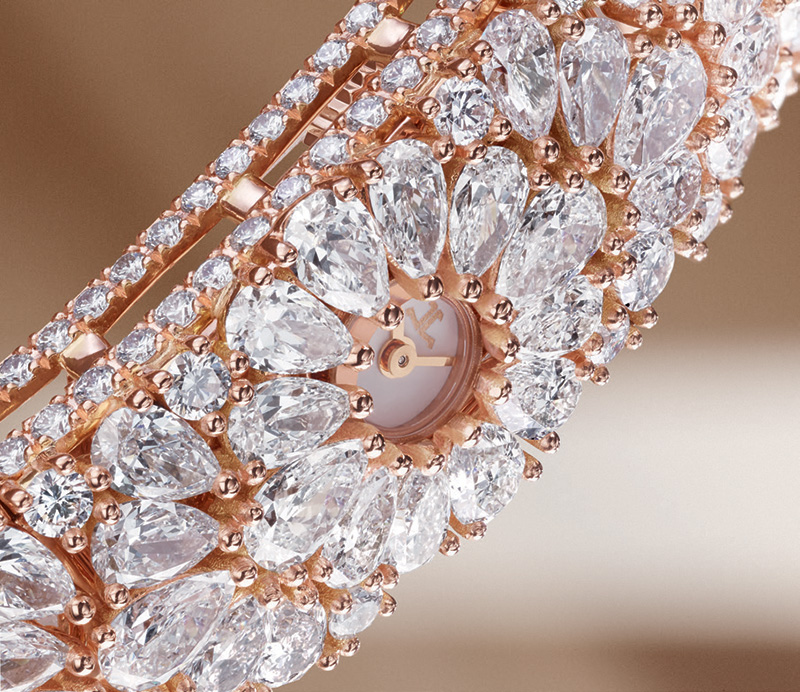 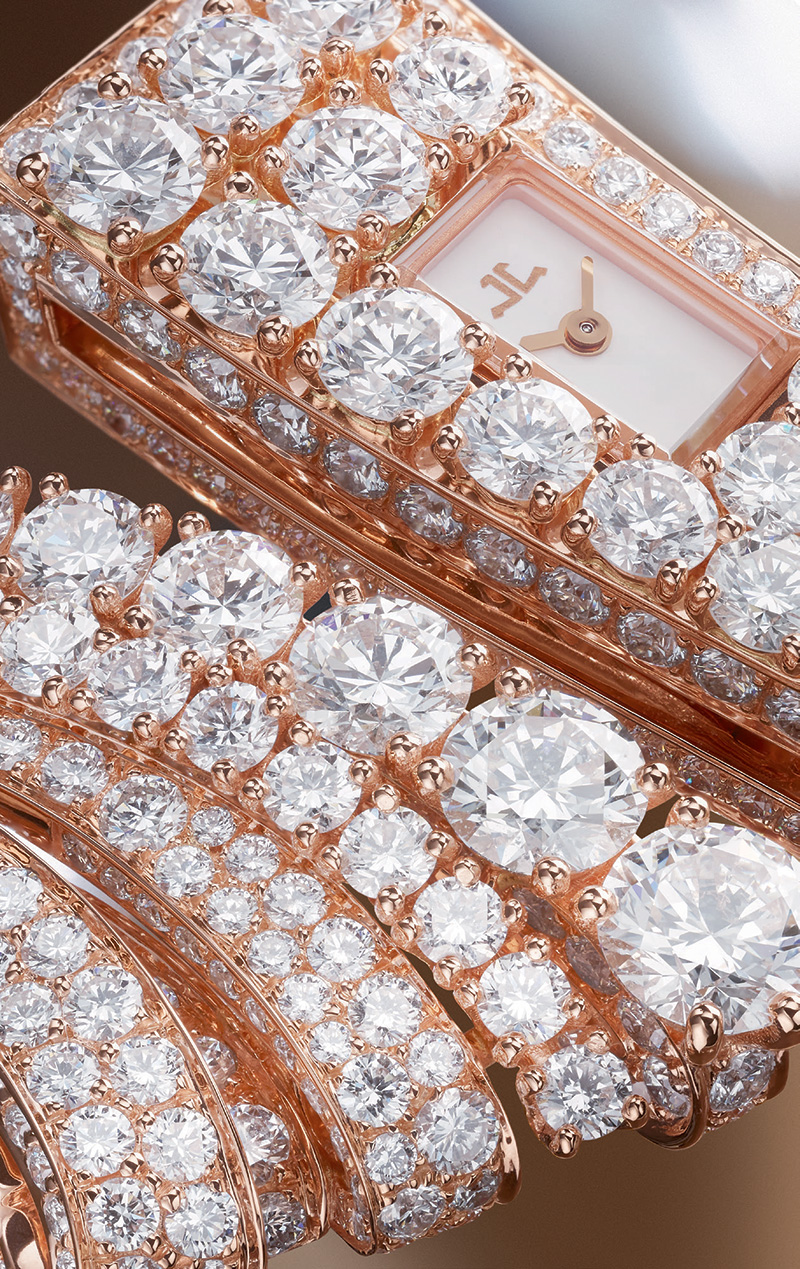 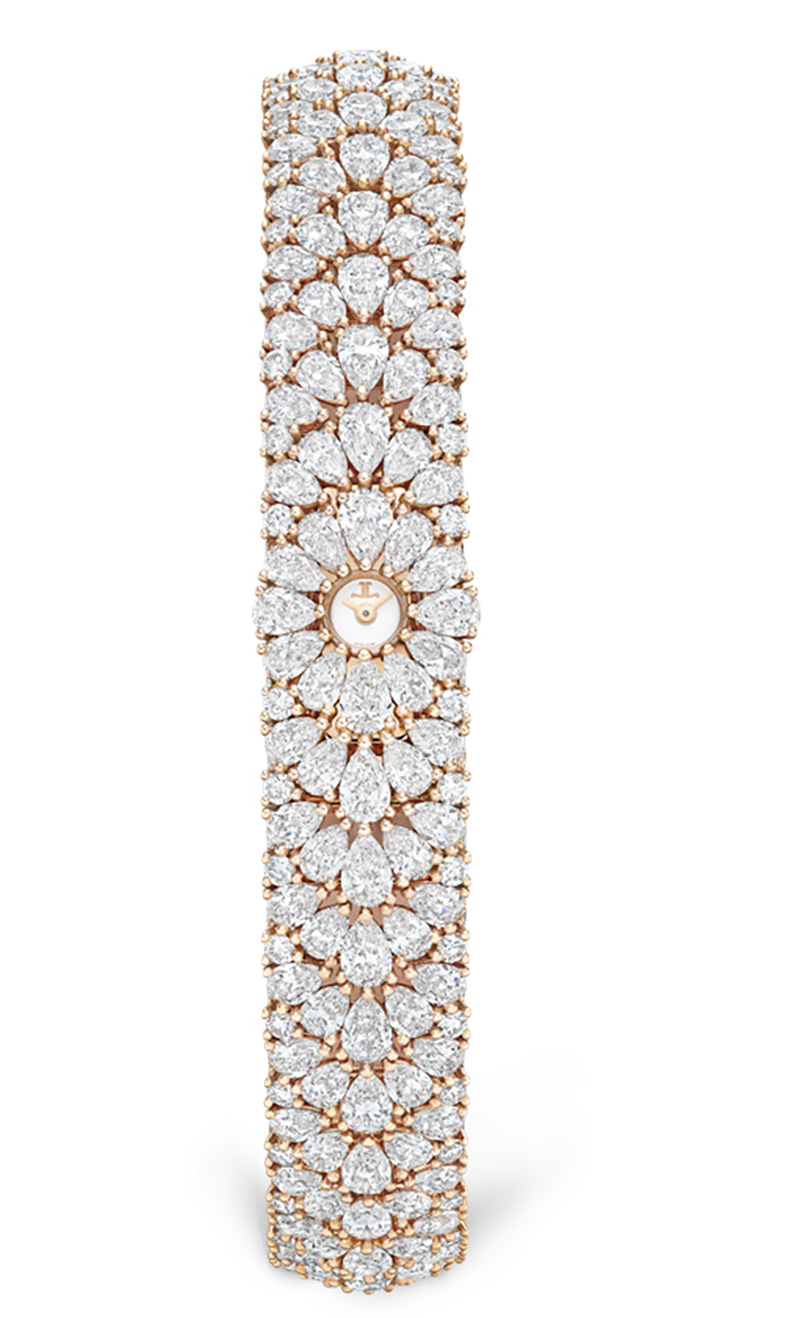 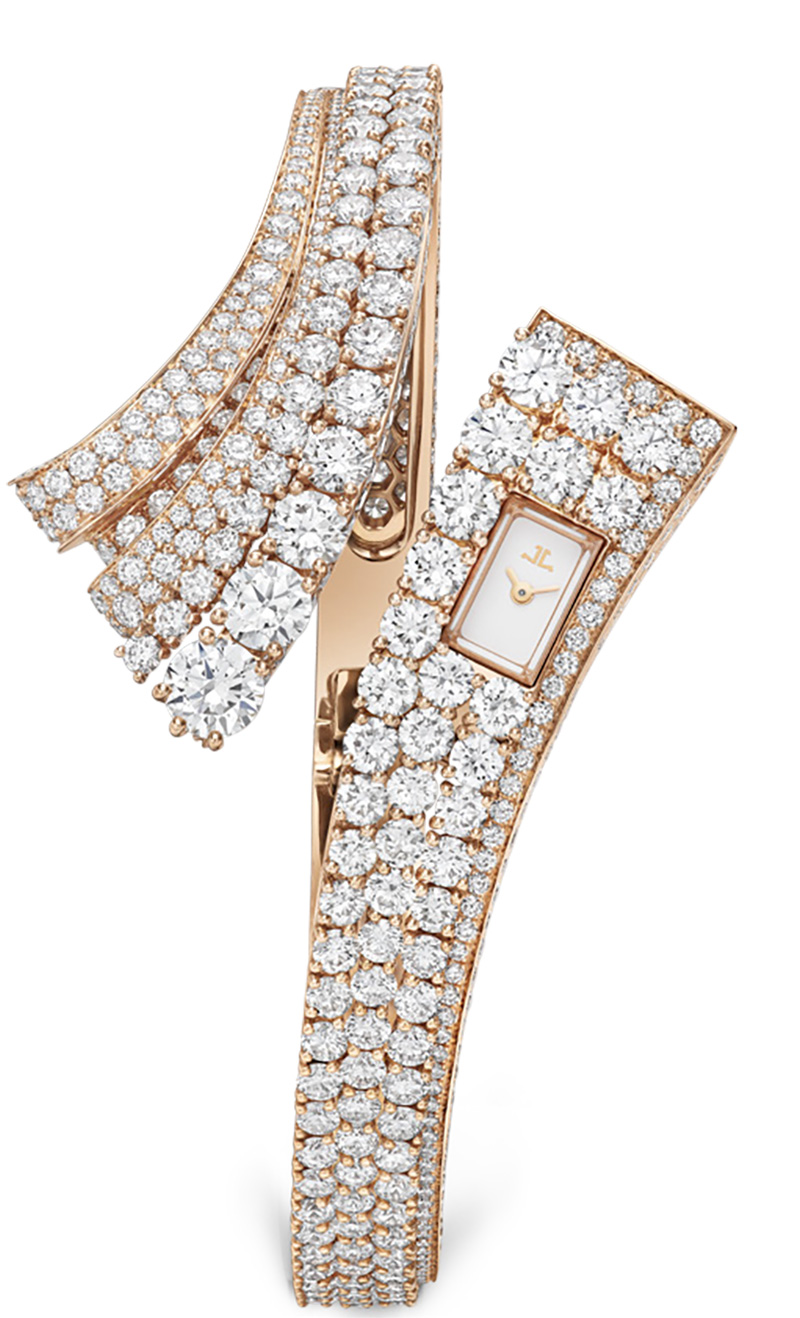 Introducing two new high jewellery watches for 2020, Jaeger-LeCoultre places its Calibre 101 in the spotlight again. The two entirely original designs reaffirm the unique alliance between high jewellery and fine watchmaking made possible by this exceptional mechanism.

Originally conceived and developed for jewellery watches and introduced in 1929 by La Grande Maison, Calibre 101 revolutionised feminine watchmaking, its minuscule size and baguette shape offering new realms of aesthetic freedom to designers. Developed half a century before the advent of computer-aided design and production technology, Calibre 101 is a remarkable feat of miniaturisation. At 14mm long, less than 5mm wide, and weighing barely one gram, the hand-wound calibre remains the smallest mechanical movement in the world. It is also one of the world’s oldest movements that continues to be in production.

For the two new diamond-set timepieces, Jaeger-LeCoultre’s in-house artistic team has taken a jewellery-led approach – first, designing the forms of the bracelets and style of gem-setting, then integrating the cases and movements into the designs. For the uninitiated: designing a watch normally takes the opposite approach, beginning with the case and then creating bracelets or straps to complement it. Both bracelets adhere faithfully to the classical high jewellery codes and are composed of pink gold set with diamonds, using only stones classified IF to VVS. However, the designs are utterly different in both form and character, emphasising the creative freedom allowed by the diminutive Calibre 101.

Inspired by the white bell-shaped flowers that are able to grow through a thin layer of snow in the Vallée de Joux, the manchettestyle Snowdrop exudes delicate femininity. A circle of pearshaped diamonds surrounds the dial to form a flower, while waves of diamonds repeat the petal pattern in perfect symmetry all the way around the bracelet. Jaeger-LeCoultre’s designers chose a ‘griffe’ setting for the diamonds, which minimises the metal’s presence and allows light to pass through the stones from all angles. This intensifies the spark of the watch, creating an impression that the diamonds could almost be floating on the surface of the bracelet. With 904 diamonds at a total of 20.9 carats (of which 204 are pear-shaped and the remainder brilliant-cut), the gem-setting work alone represents 130 hours of work by the jewellery artisans of the Manufacture Jaeger-LeCoultre. As seen from its profile, the bracelet’s structure is supported by two bands of gold, each of them grain-set with diamonds – a linear setting technique in which tiny beads of gold are pulled up from the surface of the metal and pushed over the stone to secure it.

The Bangle watch is an altogether bolder expression of femininity, inspired by the graceful geometry of Art Deco and strong forms of 20th century Modernism. A dynamic interplay of symmetry and asymmetry, the bracelet is set with 996 diamonds (for a total 19.7 carats), graduated in size to emphasise the sweeping curves of the design. The artisans have combined the griffe (144 diamonds) and grain setting (852 diamonds) techniques to heighten the diamond’s three-dimensional effect and maximise the play of light. Rows of grain-set diamonds highlight the gold bands that run along both sides of the bracelet, supporting its structure. The bracelet needs no clasp as it delicately opens with a simple twist of its two sides.

“Jaeger-LeCoultre’s in-house artistic team has taken a jewellery-led approach – first, designing the forms of the bracelets and style of gemsetting, then integrating the cases and movements into the designs. For the uninitiated: designing a watch normally takes the opposite approach.”