FABERGÉ present their IMPERIAL COLLECTION at Jewellery Arabia Bahrain 2019 in a coveted spectrum of splendour.

In 1882 Peter Carl Fabergé took over his father’s very ordinary jewellery business. Together with his brother Agathon, he quickly transformed it into an international phenomenon. The success of the two brothers was changing the nature of the business. Out went the then fashionable style where diamonds prevailed. In came the design-led artist-jeweller with a penchant for colour through both stones and reviving the lost art of enamelling. They added objets deluxe to their repertoire, including objets de fantaisie such as the Imperial Easter Eggs, now regarded as pinnacles of the goldsmiths’ art. Today these are treasured in some of the world’s leading museums and private collections. The craftsmanship of all their creations was of the very finest standard. This formula of design and craftsmanship made Fabergé irresistible and the ultimate objects to own, as well as the gift of choice.

The Fabergé Imperial collection is inspired by the jewelled splendour of the Imperial Romanov court, and evokes the rhythms of the Russian seasons, whether literal or metaphorical. The jewels, in true Fabergé style, demonstrate an intuitive interplay of rare coloured precious gems, diamonds and pearls with superlative hand artisanship, to capture and reflect the changing light, colours and atmosphere of each season. 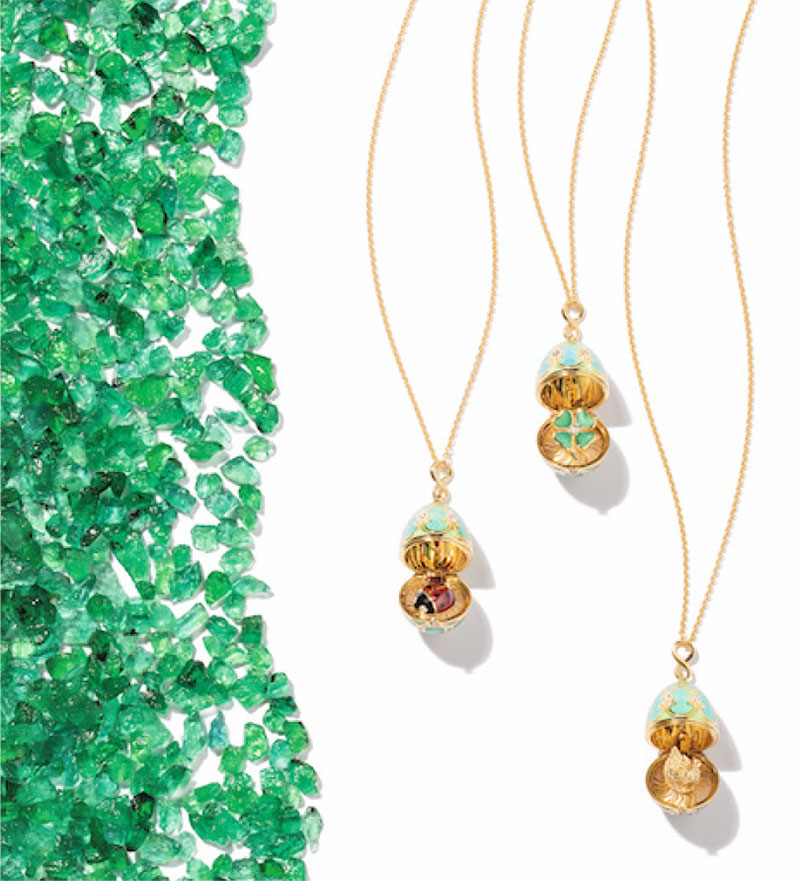 The celebrated series of 50 Imperial Easter eggs was created for the Russian Imperial family from 1885 to 1916 when the company was run by Peter Carl Fabergé. These creations are inextricably linked to the glory and tragic fate of the last Romanov family. They were the ultimate achievement of the renowned Russian jewellery house and must also be considered the last great commissions of objets d’art. Ten eggs were produced from 1885 to 1893, during the reign of Emperor Alexander III; 40 more were created during the rule of his dutiful son, Nicholas II, two each year, one for his mother, the dowager, the second for his wife.

The series began in 1885 when Emperor Alexander III, through the intermediary of his uncle, Grand Duke Vladimir, commissioned an Easter egg from Fabergé as an Easter present for his wife, Empress Maria Feodorovna. Initially planned by Fabergé to contain a diamond ring, the actual finished version, following specific instructions of the Emperor, included a ruby pendant of great value. 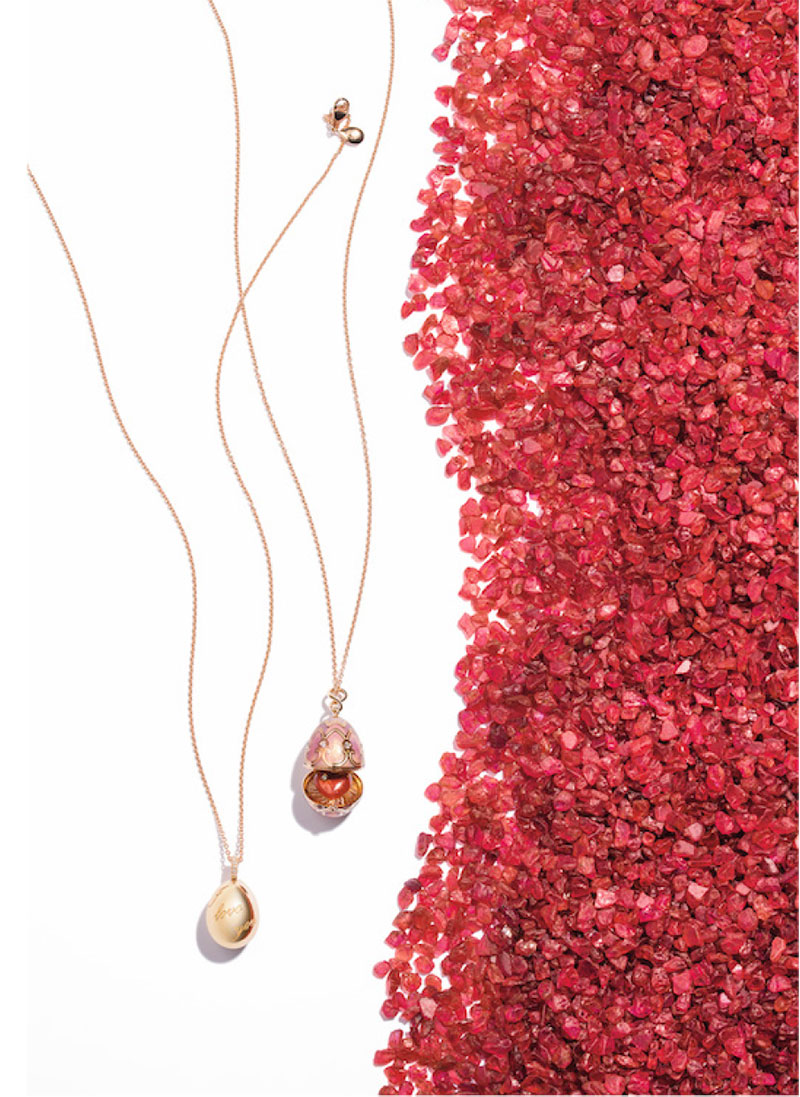 To discover the pieces available during the Jewellery Arabia 2019, come and visit Fabergé at Asia Jewellers pavillion in Hall 1 during the exhibition.