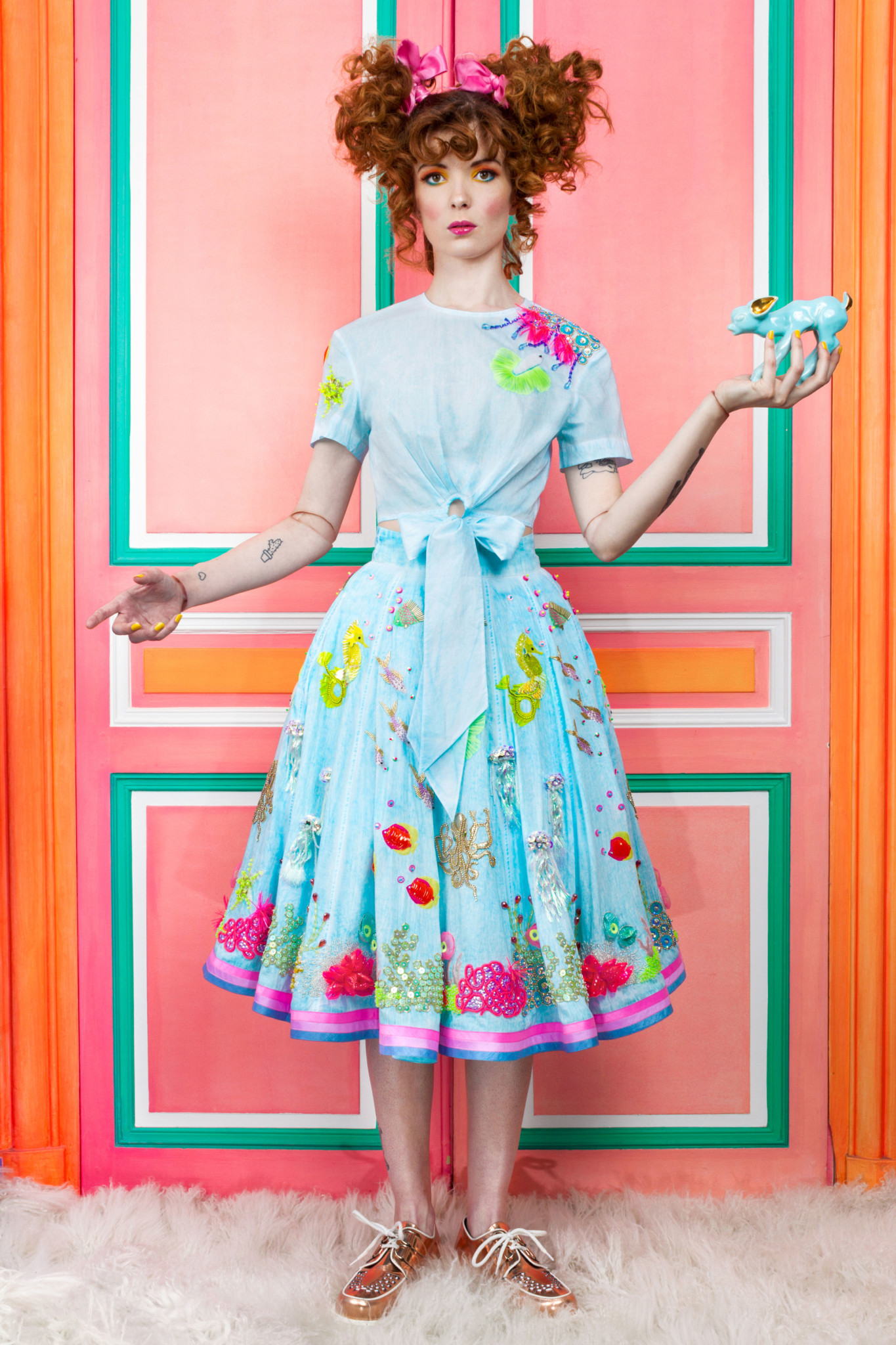 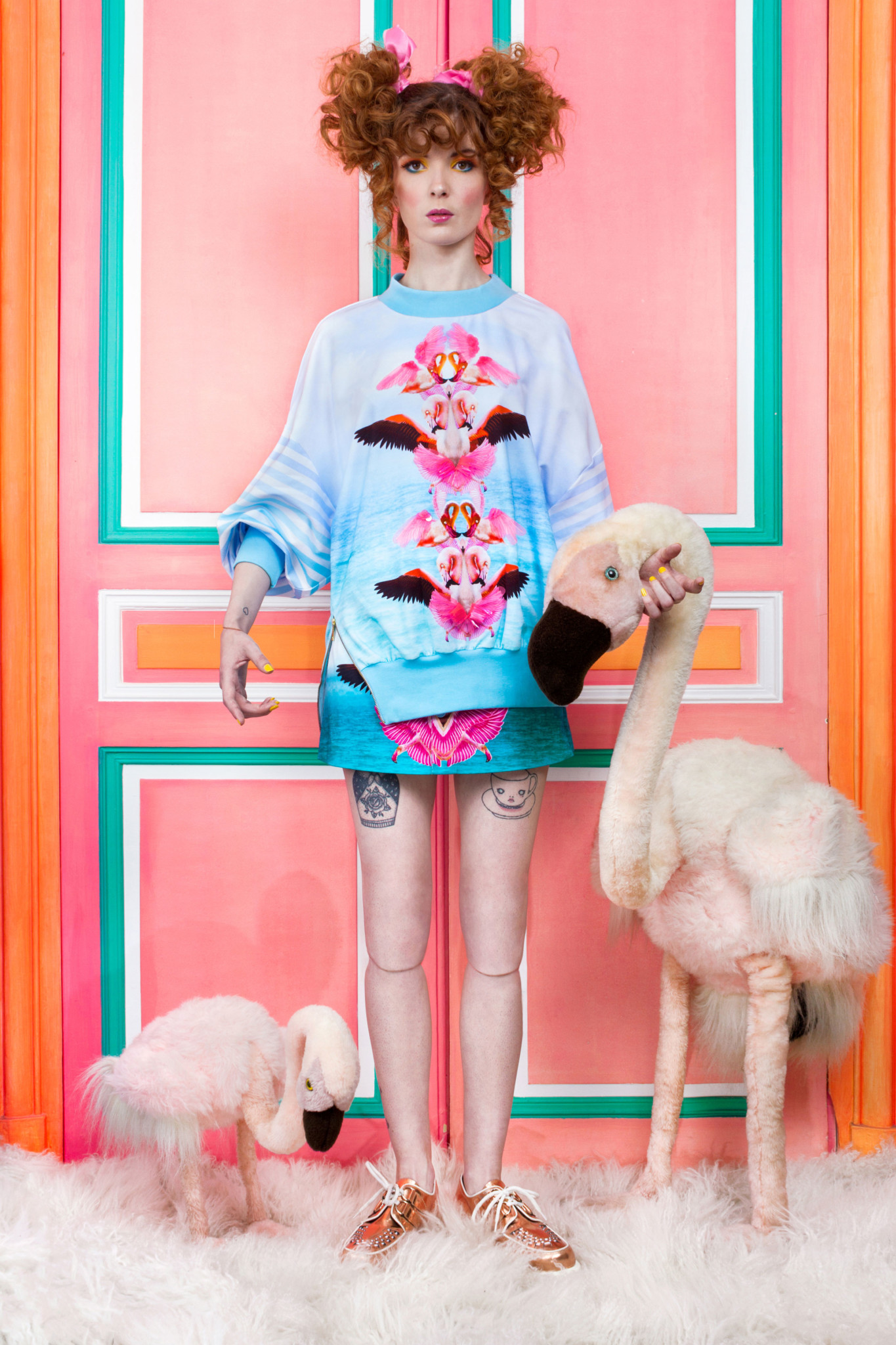 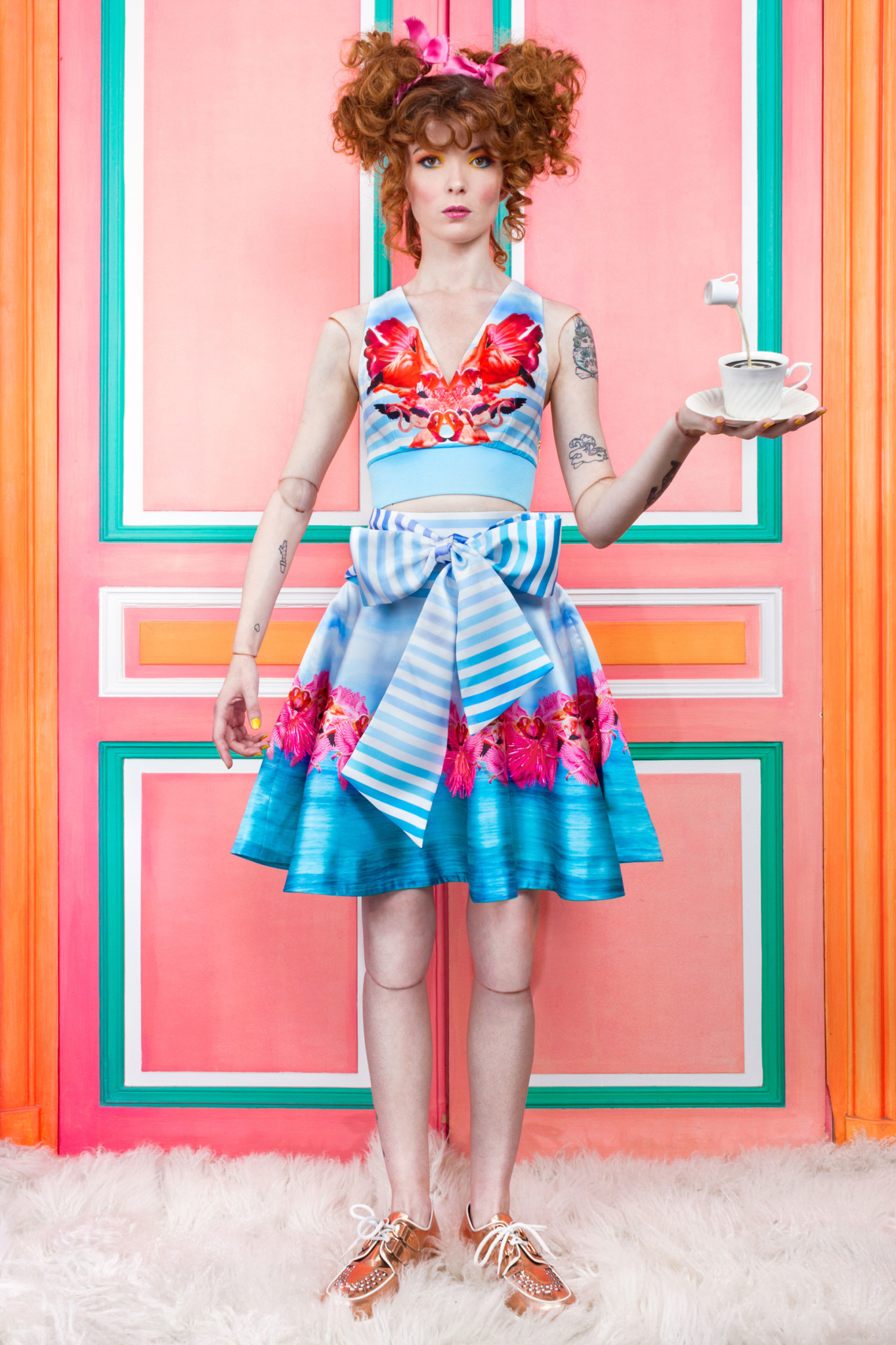 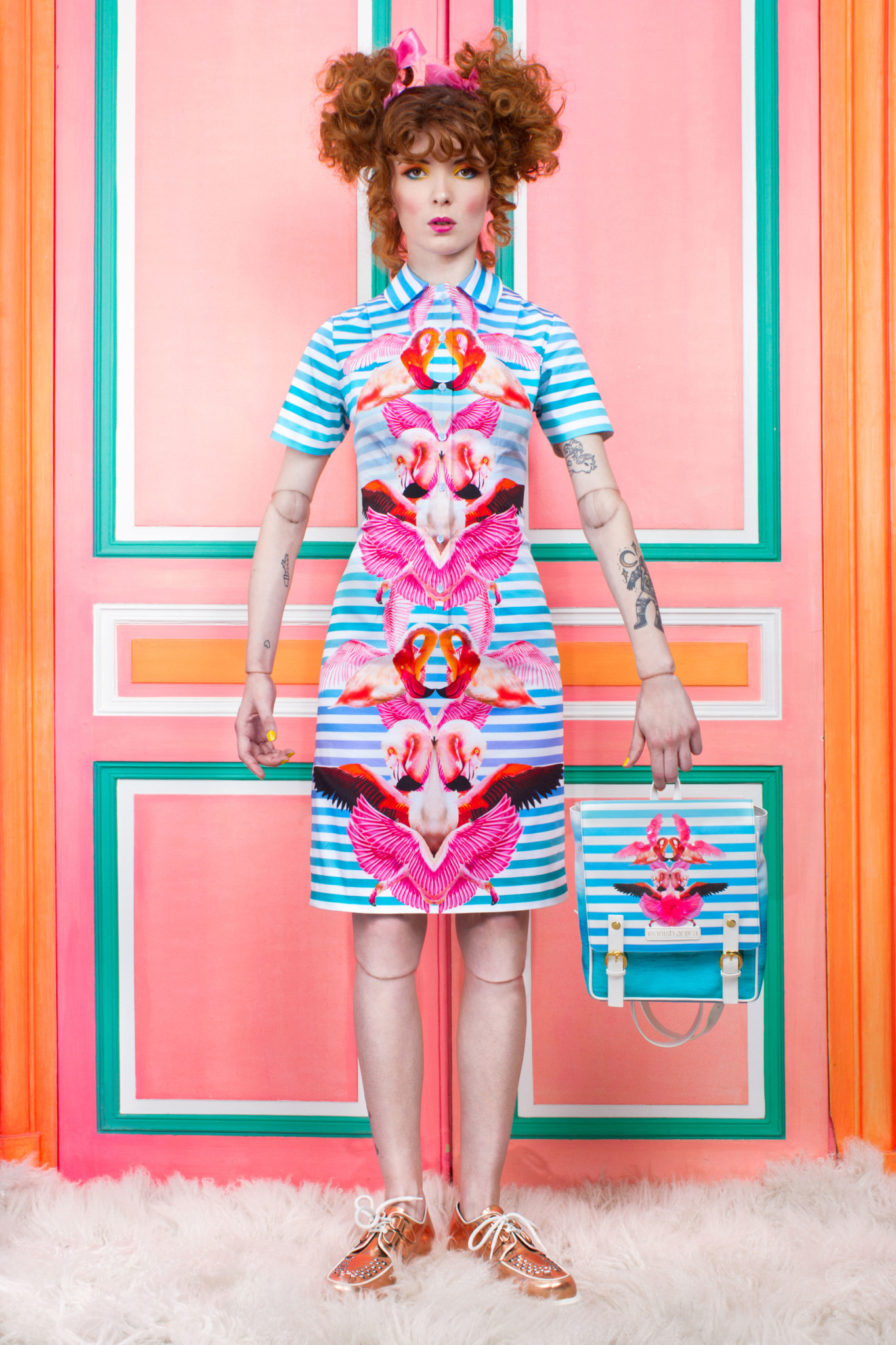 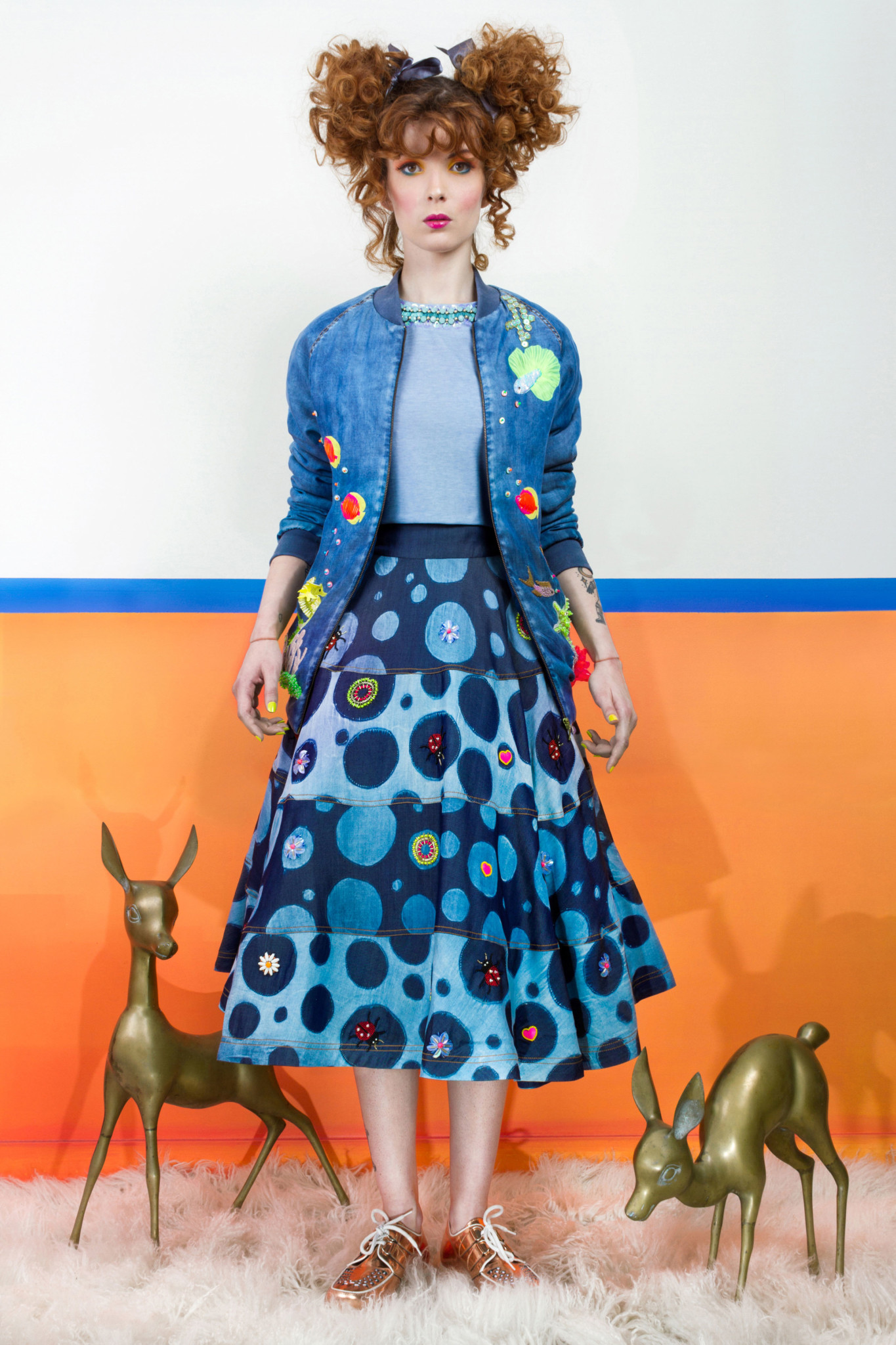 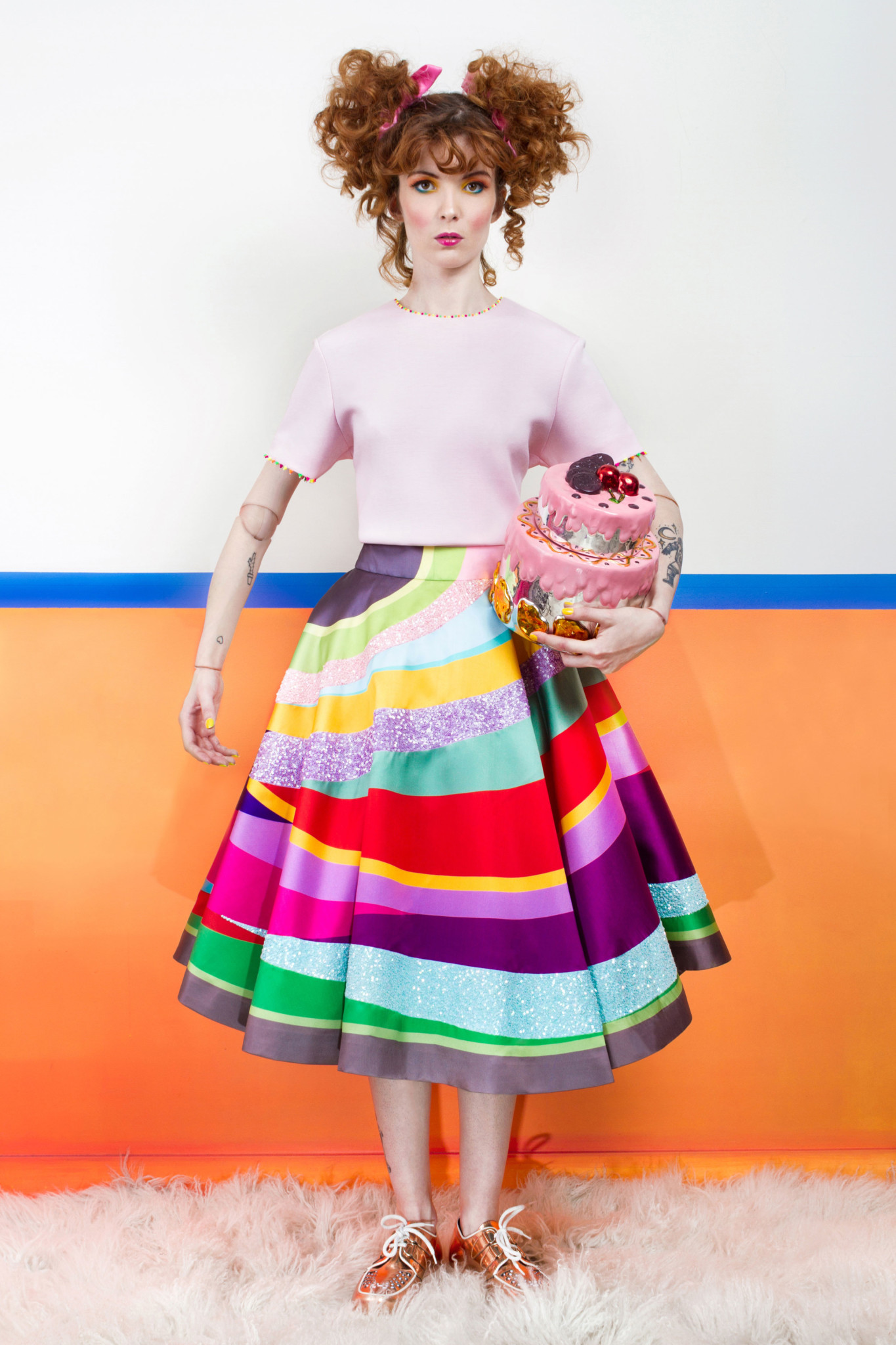 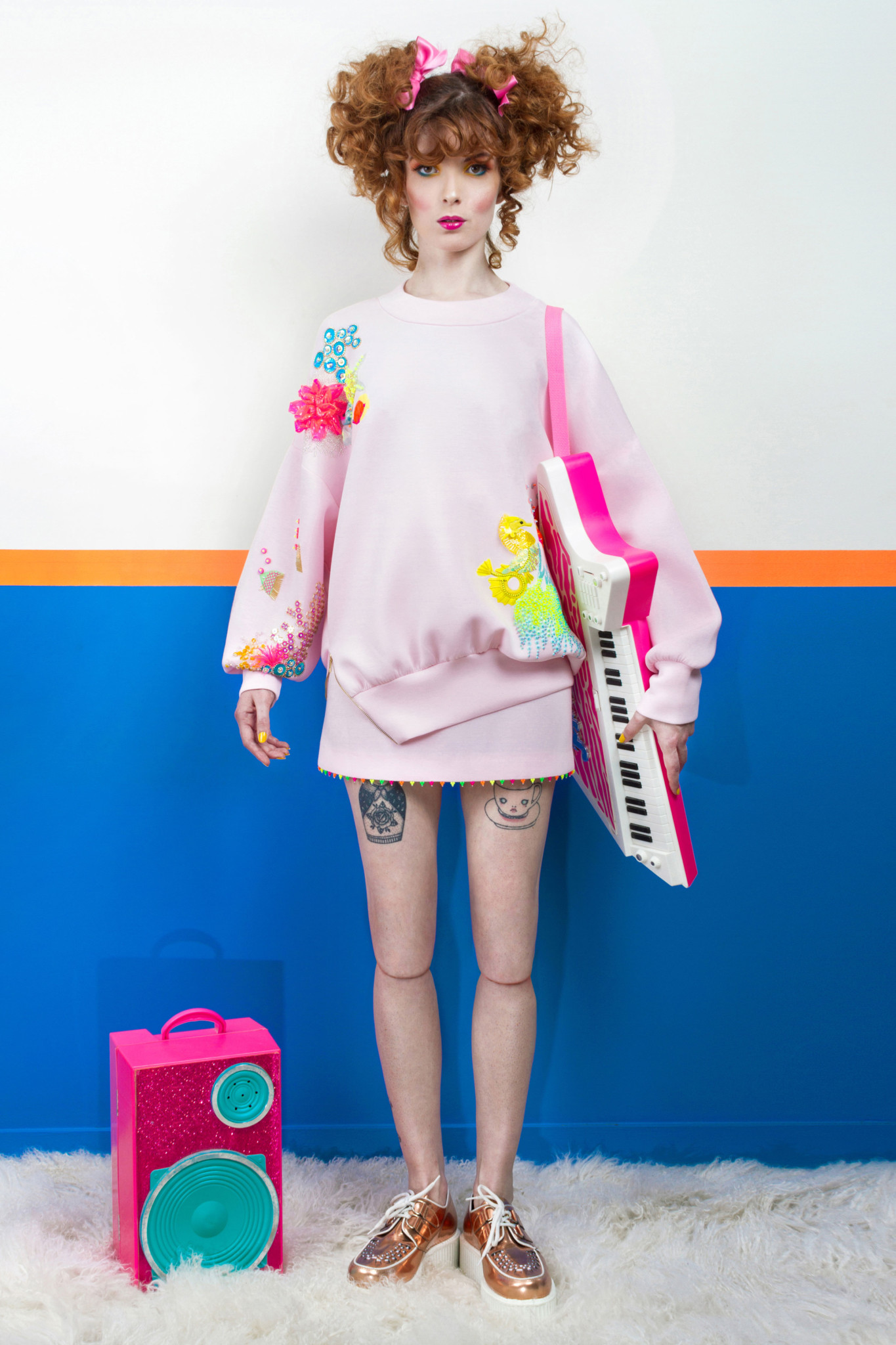 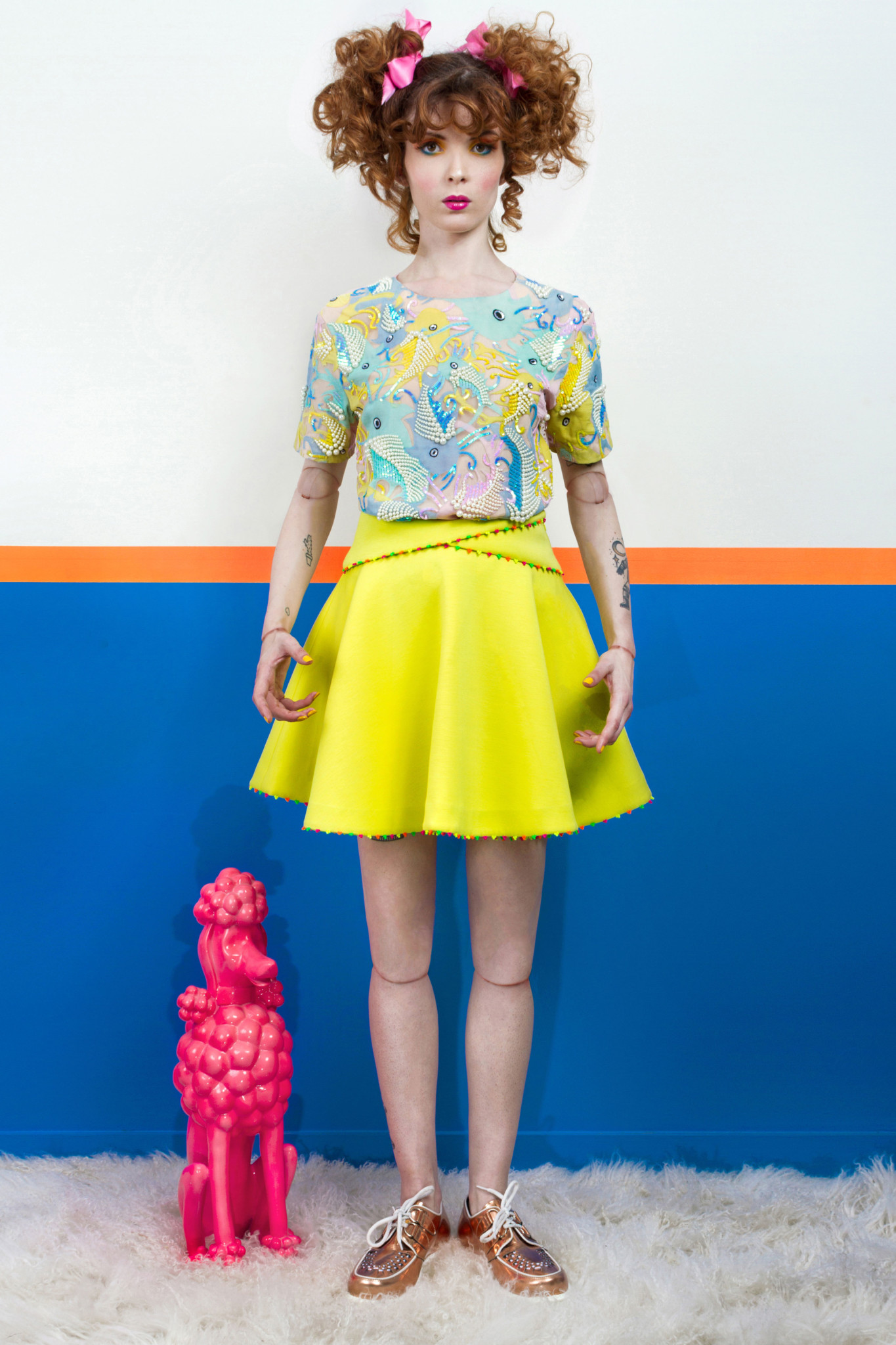 Manish Arora is one of the most unique and auspicious designers of our time. Georgie Bradley sits with the Indian designer to talk Paris,
colour and the joys of life… 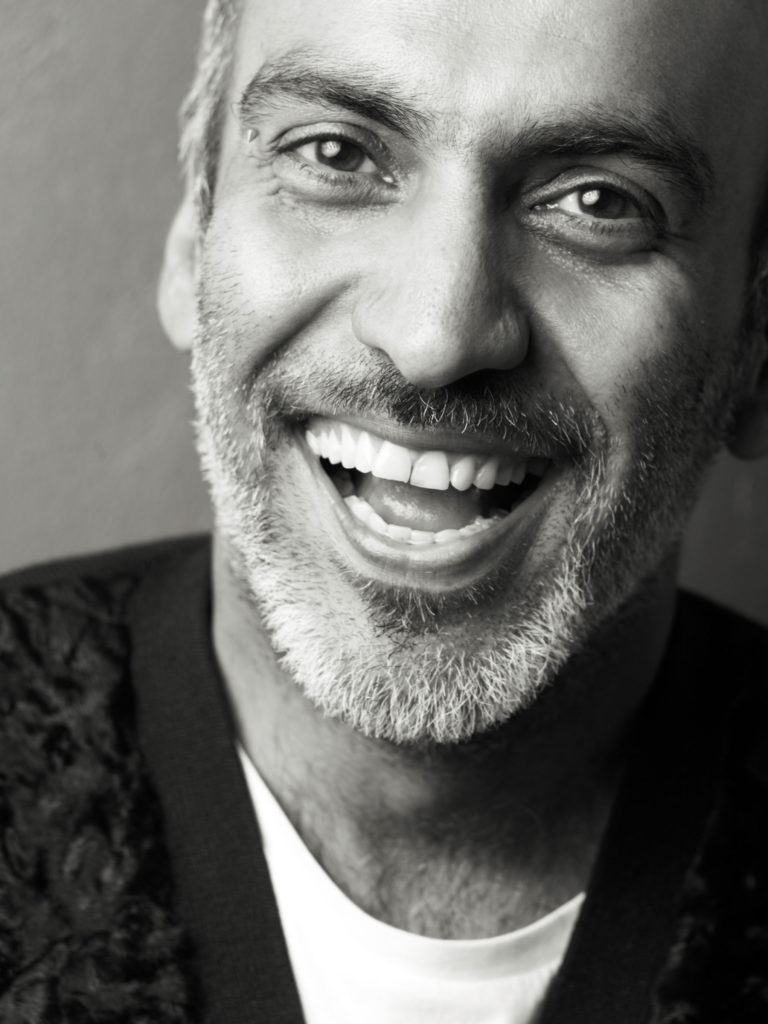 It’s difficult to articulate exactly what makes a great designer but when you first meet Manish Arora, you feel like he’s got ‘it’. That ‘it’ comes in the form of good vibes, a humble demeanor and friend-toall conversation. During an intimate lunch at The Four Seasons Hotel Bahrain Bay ahead of his evening Resort 2017 show at SAKS Fifth Avenue, City Centre Bahrain, he walks in with an entourage but you wouldn’t be able to single him out at first. But his all-black ensemble is decidedly statement-making and the melodies of the chinking charm bracelets adorning his wrists give you that ‘aha’ moment. 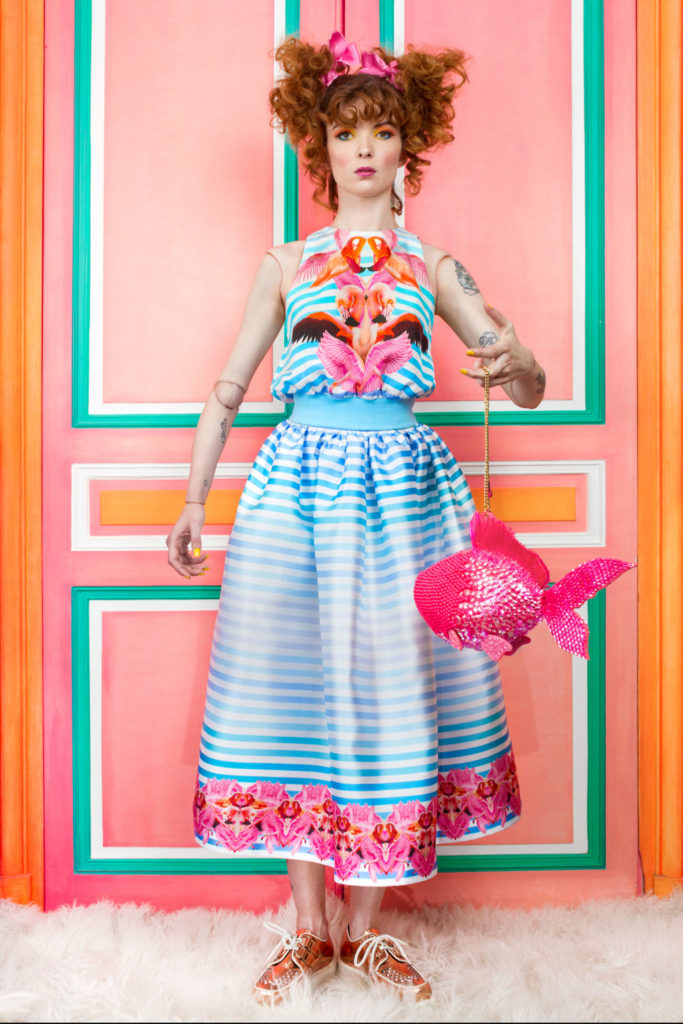 His voice turns heads. From a “little thing like me” you don’t expect a deep-throated, gravel. If it wasn’t for his fantastic social warmth and the ability to make everyone feel he’s interested in them, (“Hello there, so great to see you, love what you’re wearing. Welcome, welcome, welcome!”) you would easily quake in your shoes. He is a smoker, explanation number one. Genetics (his father) lends to explanation number two. Beyond that, he is simply blessed with a baritone voicebox that is more alluring than intimidating.

Manish calls Paris and Delhi his home. You don’t get more polar opposite than that. “Paris is the most beautiful city in the world,” he says. It was the Bombay born designer’s “dominant work” in Delhi during his training and Delhi Fashion Week that got him shooting high in the fashion world and ultimately leading him to London Fashion Week in 2005 after his “different” style was picked up by the attending British Fashion Council. The fashion crowds in London (coming from the world over) gathered in their haute droves and excitable chatter continued until that finally culminated in a move to the fashion capital: Paris.

In 2011 Manish was appointed as the creative director of Paco Rabanne, a French fashion house, and he designed two successful collections for them. His collections are sold globally through well known stores such as Galeries Lafayette, Joyce, Maria Luisa, Saks 5th Avenue, Selfridges and now available even in the Brand’s first flagship store on Rue Rouget de L’isle, Paris.

The social temperature of the room soars with chat about his love for Paris. We all listen in with child-like amazement. He loves everything about it, claiming there is no ugly part of it. Although he’s always travelling between Europe and Asia, Manish’s world is all Paris. As far as career development, Paris has taught Manish “when to stop”. “If I was just an Indian designer, based in India, I would be really over-the-top. But in Paris, every millimeter counts and you’re constantly learning.

The moment you think you know everything, it’s over. Fashion is a job. It’s like being a doctor or lawyer. Fashion is about being disciplined and on-time,” says Manish. Being based there in Paris has given him good grounding. “When I began to move more internationally with my work, I wanted to take my country with me – I didn’t want to lose my sense of self and create strictly Western aesthetics. But Paris has also taught me to refine my work,” he notes.

Going back to the true meaning of resort, Manish brings a wardrobe that embodies a time to cut loose from winter’s real life and relax in his Resort 17 collection. Drawing from the lushness of a paradisiac seaside for his inspiration, Manish envisions his season as a perfect holiday moment where everything is right in the world.

Just as moods are on the upswing as a holiday nears, this upbeat collection encapsulates the fairy tales we tell ourselves before going away, with visions of endless beaches and perfect snapshots. You’ll also find, developed exclusively for SAKS 5th Avenue Bahrain, abayas and kaftans, to cater to the local customer too. Coming from a wildly different land, Manish has managed to marry up the colourful aesthetics you’d expect from the Indian culture with the sophistication of Parisian wear – without compromising on his heritage. His latest Resort 17 collection sprinkles with joy and colour – the world in which Manish loves to live in – “life is so beautiful, as a brand we believe in this and hope our customers feel it too.”