Looking for something to wear this festive season? Look no further than NAEEM KHAN AUTUMN/ WINTER 2019

“I feel an air of anticipation that society is taking a new direction and fashion with it. With a nod to Halston, my mentor, this is my take on fashion that today’s woman can mix to make her own.” -Naeem Khan

The story of Naeem Khan’s Fall 2019 show should really begin with its finale. Just as everyone thought they’d seen the last look, out came three surprise models: Pat Cleveland, Alva Chinn, and Karen Bjornson. They were once a part of what was referred to as the Halstonettes; Roy Halston’s muses in the 1970s. Khan apprenticed for Halston back in the day, and it was during his time in that studio working alongside the legendary designer that he learned his craft. The collection he showed, like many of his collections, made nods to his former mentor through the draping and the figure-hugging dress silhouettes. 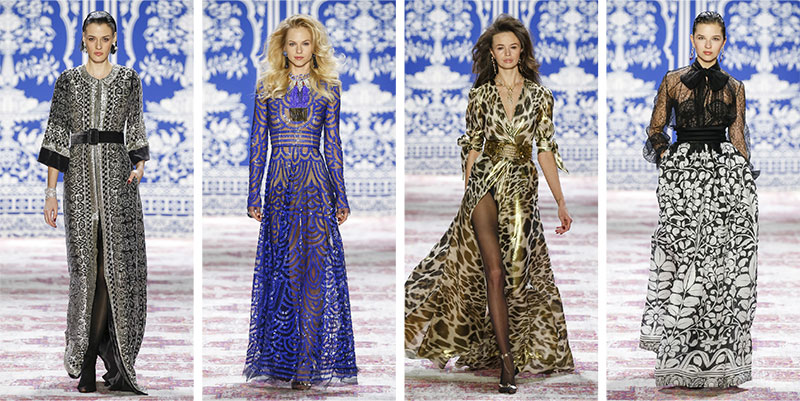 Backstage, Khan articulated that the politically and socially charged times we’re living in now mirror those of Halston’s ’70s. It seemed like he was trying to balance then and now, both in his heart and in his mind. He didn’t elaborate on the state of the world too much, but seeing him walk the runway with Cleveland, Chinn, and Bjornson it was plain to see that he misses those good old days, though of course he’s still moving forward and evolving his brand.

0
Ohlala Team December, 2019
No Comments Yet