The heavenly vault as a background. Diamonds as shooting stars. The moon as a complication. Its 250 watches in 18-carat rose gold represent a mechanical and poetic work brimming with enchanting precision and craftsmanship. The first Happy Sport watch with an astronomical complication represents the height of sophistication, finishing and functions. The traditional seven dancing diamonds waltzing around it in step with wrist movements are the unique signature of this collection that remains as successful as ever 26 years after its birth. And since Happy Moon is the first moon-phase watch in this collection, it is equipped with numerous subtle touches corresponding to celestial attributes.

Like the rest of the case, the Happy Moon’s bezel is made of 18-carat rose gold – an ethical gold that since July 2018 Chopard has committed to using in all its creations – and adorned with snow-set diamonds. Its dial features a poetic and luminous starry background, made of aventurine glass, a material recognisable by its deep blue colour and the glittering effect of its inclusions. To complete the night-sky appearance, Chopard has dotted it with gold studs and threads tracing the outlines of the most famous constellations in the Northern hemisphere. At 6 o’clock, the small seconds takes the form of the North Star, an age-old reference point, finished using a classic textured goldsmithing technique. Finally, Happy Moon displays the moon phases beneath the Chopard logo. 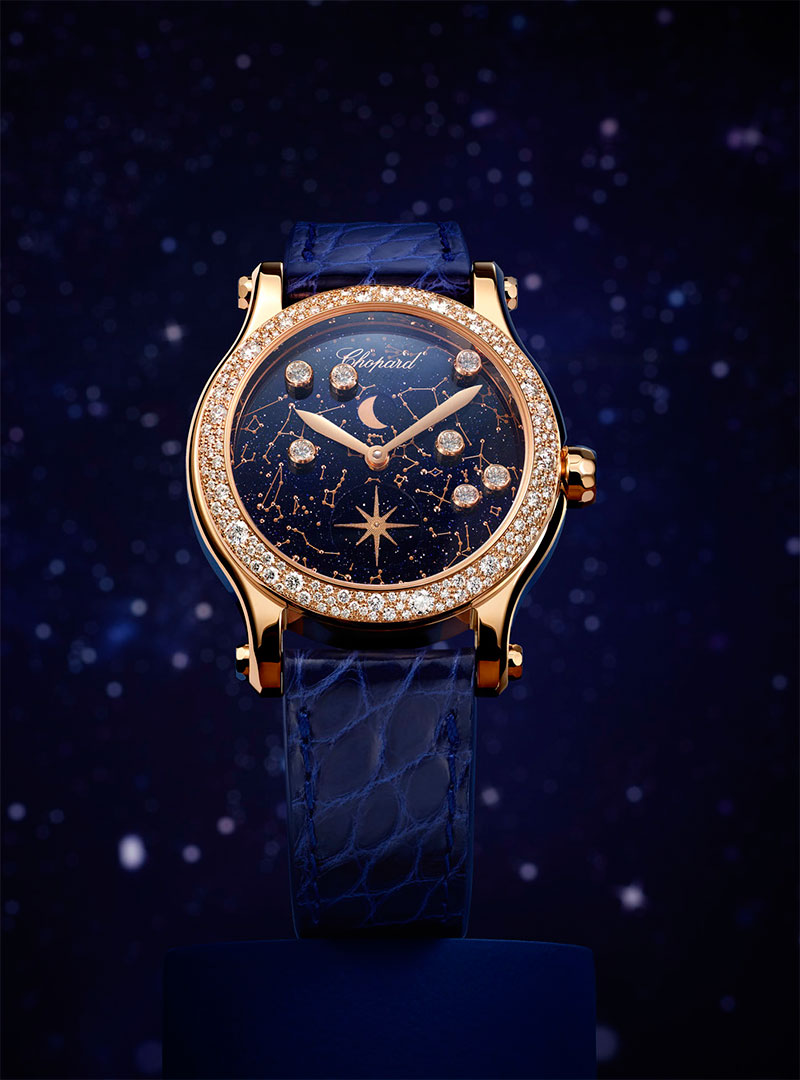 The graceful elegance of this starry sky would not faithfully reflect the Chopard spirit if it were not based on undeniably robust watchmaking fundamentals. The 96.25-C calibre driving the Happy Moon was entirely developed and produced by Chopard Manufacture. This movement offers automatic winding via a micro-rotor, thereby endowing it with the convenience required for daily wear as well as the finesse essential for a feminine interpretation. Its 65-hour power reserve is extremely rare for a ladies’ watch, as is its chronometer certification by the COSC.
The moon-phase display is so accurate that it will display a mere one-day deviation from the path of the heavenly body after 122 years. This astronomical precision is the hallmark of the watchmaking care that Chopard applies to the production of its ladies’ complication watches and which is entirely equal to that lavished on their male counterparts.

“The traditional seven dancing diamonds waltzing around it in step with wrist movements are the unique signature of this collection that remains as successful as ever 26 years after its birth.” 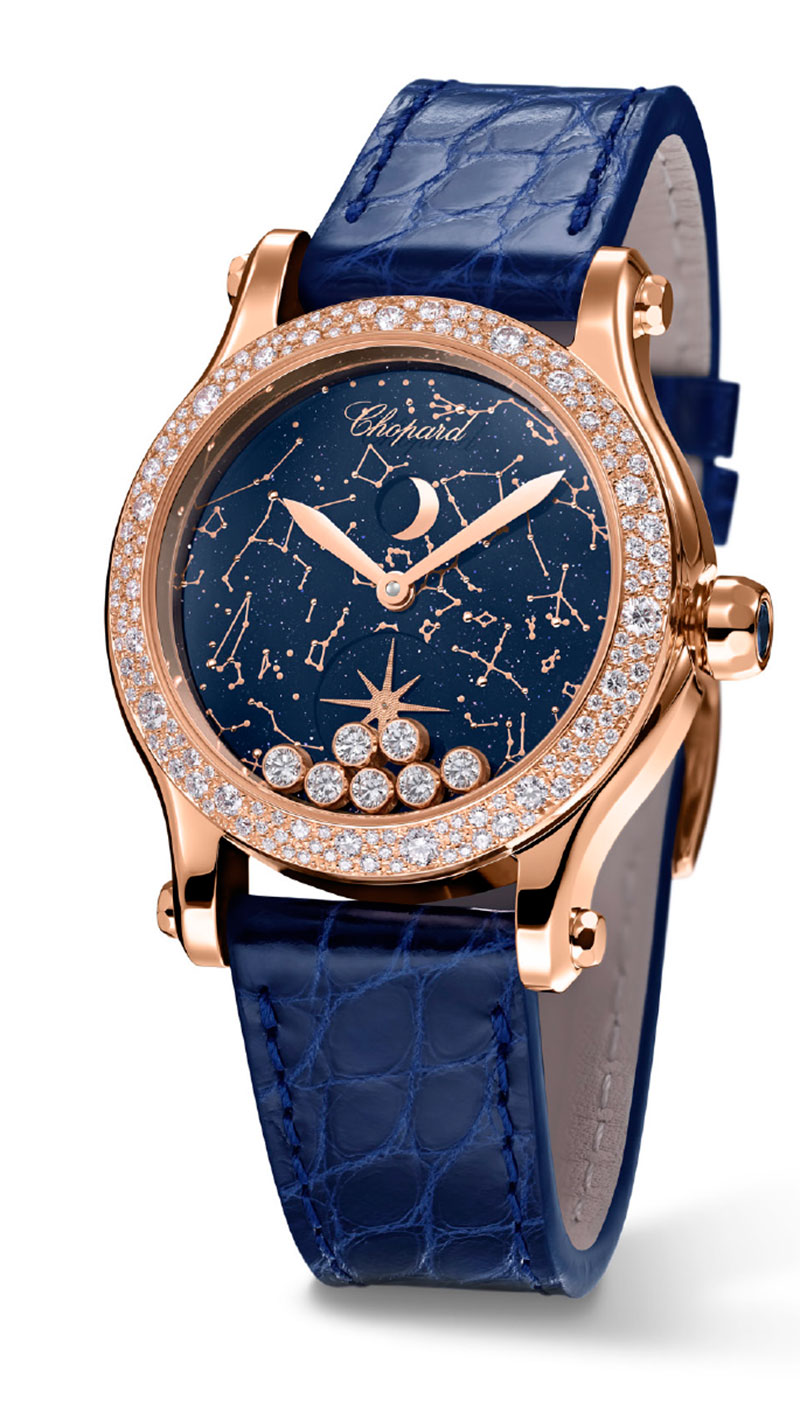 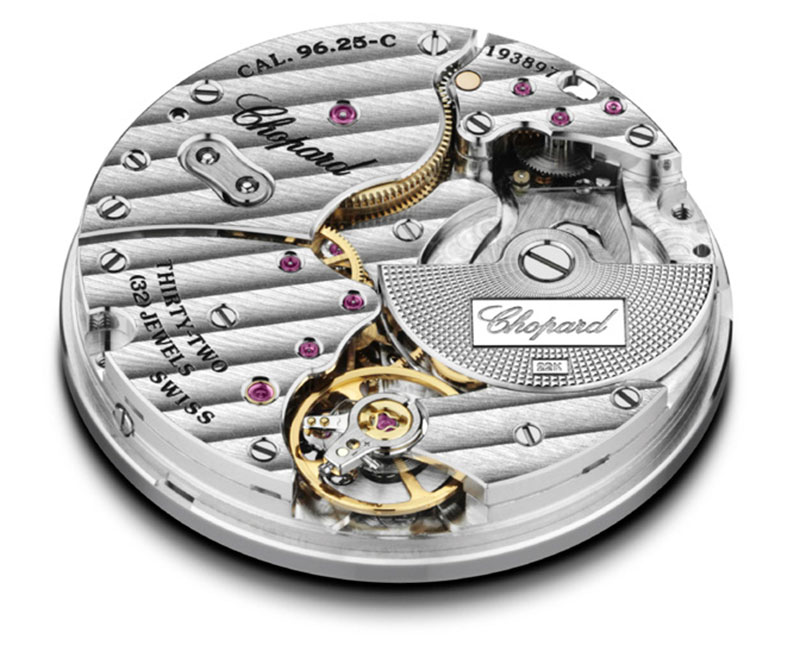 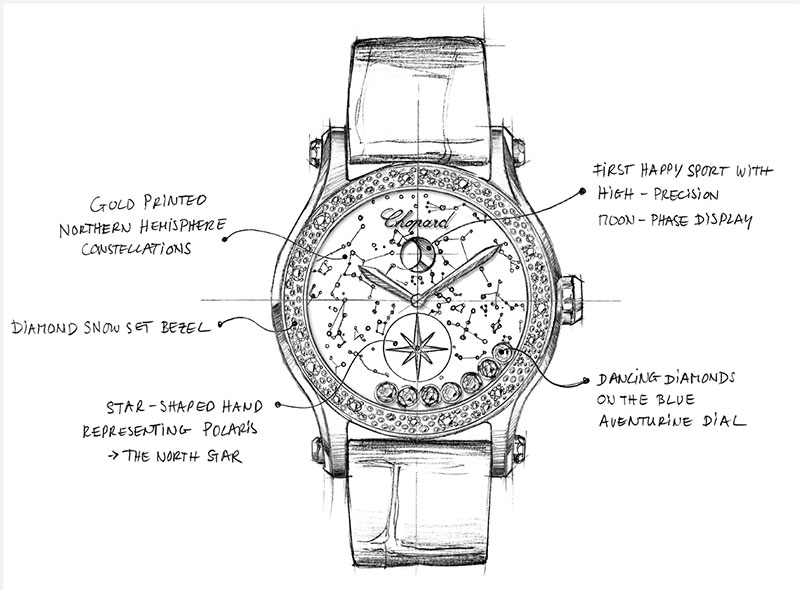 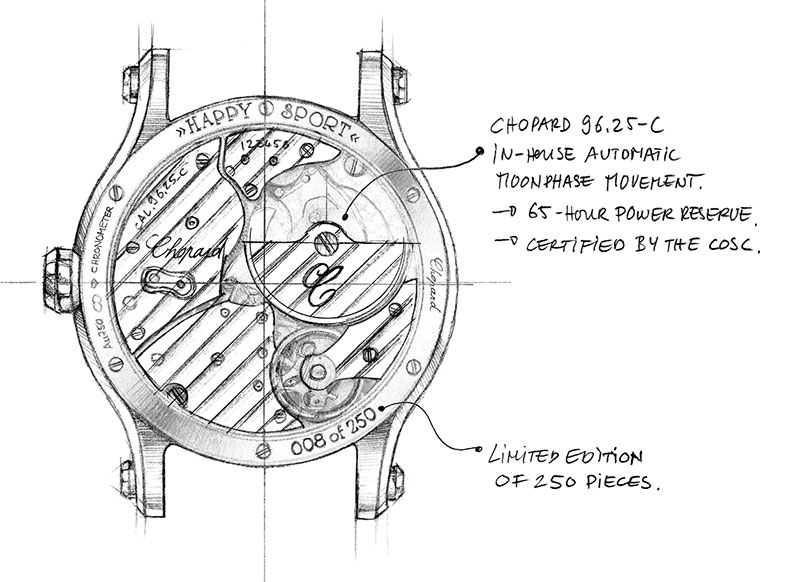 To discover the pieces available during the Jewellery Arabia 2019, come and visit Chopard at Bahrain Jewellery Centre’s pavillion in Hall 1 during the exhibition.

Two Of A Kind