By now, it’s safe to say N°5 needs no introduction. Marilyn Monroe alone guaranteed its place in history by revealing that she wore a few drops of the legendary perfume to bed – and not much else. Today, Chanel has written a new chapter in its story to celebrate the scent’s 100th anniversary, portraying a modern-day woman whose radiant energy responds to the force of lunar attraction.

Thomas du Pré de Saint Maur, CHANEL Head of Global Creative Resources Fragrance and Beauty, chose Marion Cotillard to embody this woman and Johan Renck to tell her story. The acclaimed actress – who was “the obvious choice” – joins the likes of Catherine Deneuve and Nicole Kidman, both of whom have been the face of this olfactory icon in the past. “She seems to know what is right and lively, she is fully committed. Like the Chanel woman, who doesn’t escape herself, but faces herself,” explains Thomas. As for Johan’s involvement? The intrepid director may be best known for his Emmy-winning work on Chernobyl, but this time around, he’s taking audiences much further. His new campaign for N°5 stars not only Marion spinning in the arms of ballet dancer Jérémie Bélingard, their choreography exuding equal parts mischief and seduction, but also the moon. That’s right. The celestial body that symbolises renewal is a character in its own right in this love story. Look closely at its surface and you’ll notice a hint of sparkle that perfectly complements the goldembroidered lace dress worn by the actress – just in time for the holiday season. 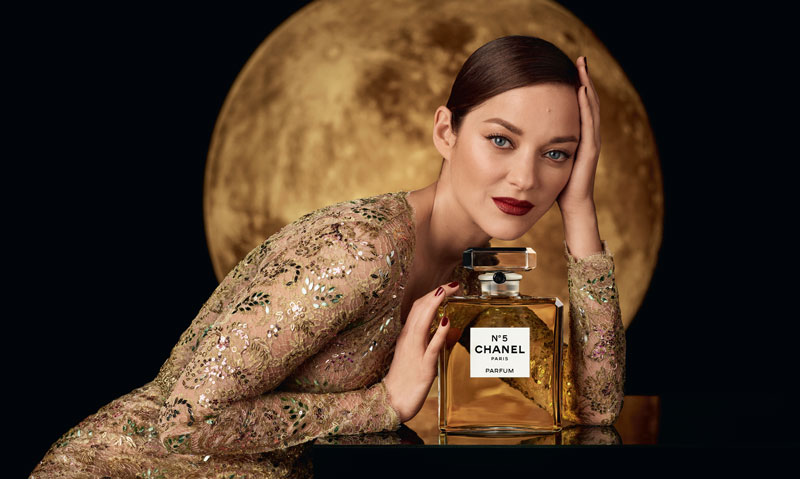 0
Ohlala Team December, 2020
No Comments Yet