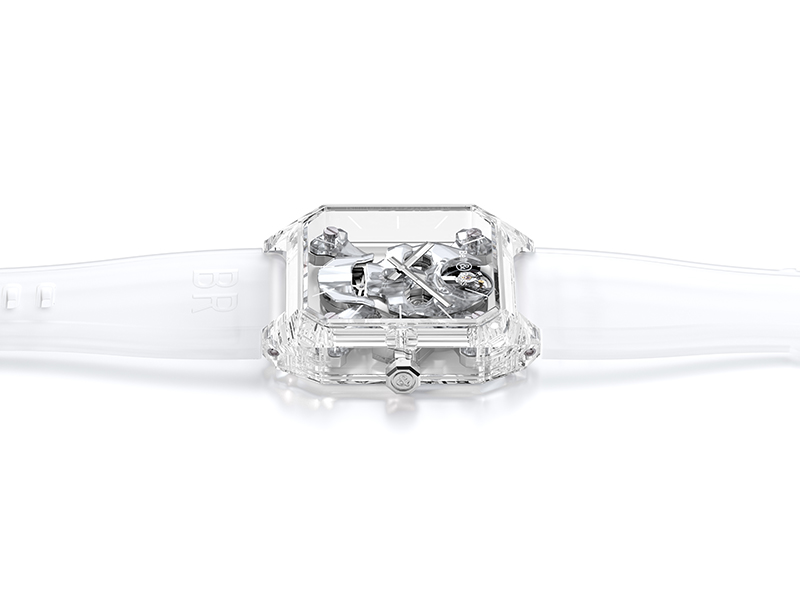 Bell & Ross sometimes enjoys abandoning its usual themes of aviation and the military. In 2009, the watchmaker became one of the first to create a skull watch. Since then, the BR 01 Skull family has grown to include ten members which are greatly sought after by collectors.

In 2020, the avant-garde Cyber Skull revisited this iconic series. Its faceted design represented a leap into the future. And it was a resounding success.

The latest Cyber Skull Sapphire is a completely translucent, full sapphire version. This technical material fires this icon of the watchmaking world into the realm of transparency and wealth. 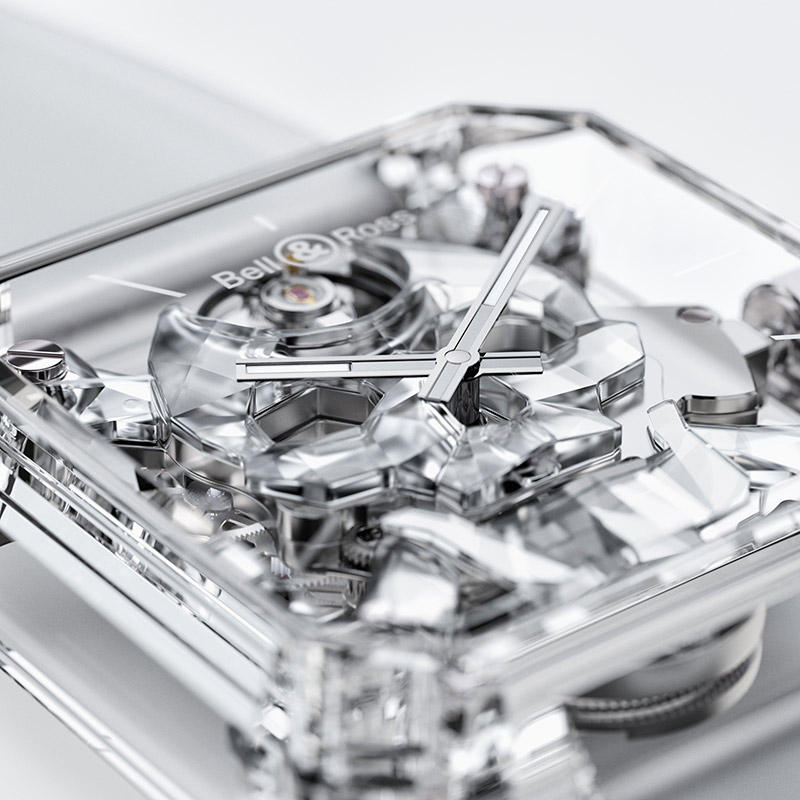 In 2009, Bell & Ross became one of the first watchmakers to create a skull watch. The BR01 Skull includes a skull and crossbones in the company’s iconic “circle in a square” case. It was an immediate success.

Bell & Ross then launched other versions.

The design of this new Cyber Skull Sapphire breaks with the other skull watches in the neo-vintage style. The sharp edges of the case play with the light, with the multiple facets multiplying the perspectives and reflections.

It draws on several sources of inspiration:

THE TRANSPARENCY OF SAPPHIRE

The BR 01 Cyber Skull Sapphire is a UFO of the watchmaking world. The base is a Cyber Skull, which has nevertheless been developed entirely in colourless sapphire crystal. It plays the transparency card to the full, including in the translucent rubber strap.

The skull and crossbones are captured between two sapphire crystals, so that they appear to be floating in the air.

Initially, the sapphire is a precious block of very hard glass. A material that is very difficult to shape. The slightest error means starting all over again. 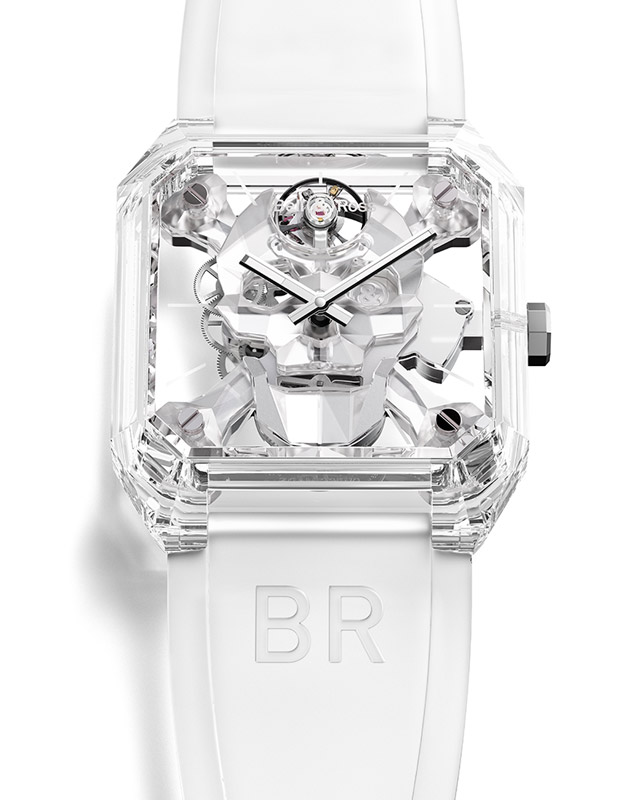 The BR 01 Cyber Skull Sapphire combines design and watchmaking excellence. This high-end watch boasts a BR-CAL.209 automaton movement. Specifically developed for the watch, this manual-wind skeleton calibre is almost invisible. It takes the form of the skull. The skeleton form reveals some of the interesting technical parts, including the cogs, balance and more.

The plate and bridges follow the outline of the skull before extending below the crossbones. The spring balance placed at “twelve o’clock” symbolises the brain in this skull which is very much alive.